What can we learn about practical unity from the story of David and Absalom?

Practical Unity In The Body Of Christ 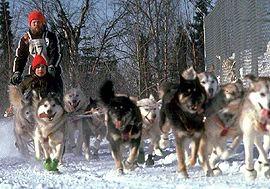 The coronation of King David marked one of the high points of Israel’s history. After seven years of civil war, the tribes of Israel finally joined with Judah to unite under David, the Lord’s shepherd and ruler for His people (2 Sam. 5:1-5). Yet, later, it took only one man to fragment that unity – David’s own son, Absalom. Lessons from this event helpfully illustrate similar points Christians must consider today.

God Intends Unity
We should first affirm that unity and oneness are the fulfillment of God’s purposes. He intended Adam and Eve to be one (Gen. 2:24); He was pleased when His earthly people displayed unity (Ps. 133); and in the fullness of time He will “gather together in one all things in Christ” (Eph. 1:10 nkjv). In our day, a Spirit-formed unity is part of God’s glorious mystery of the Church (1 Cor. 12:13; Eph. 3:5-6; 4:3). The Lord Jesus Himself expressed how this pure testimony of oneness would confront the world with His claims even after His rejection (Jn. 17:20-23). God views every born-again Christian worldwide as a member of the body of Christ (Rom. 12:5), and this view of His Church never changes in terms of its wholeness.

This unity, however, does include an aspect of separation. When God created light, He divided it from darkness (Gen. 1:4). When God calls believers, His call includes separation from external uncleanness (2 Cor. 6:17; 7:1). Additionally, there is a particular basis upon which God knits Christians together in the Church, and it is not merely by calling ourselves Christians, for many grow up in quasi-Christian settings without possessing life in Christ. Rather, God’s unity is based on each individual’s fellowship with Christ and the Father (1 Jn. 1:3), maintained according to “the apostles’ doctrine” (Acts 2:42). When this unity is threatened internally, true believers should address those threats by applying the apostles’ doctrine. God is not glorified if we ignore them.

However, God also is not glorified if we handle internal problems in ways which hinder the display of unity in His Church. The apostle Paul condemned the Corinthians for their sectarian spirit, pleading that there be no “divisions” among them (1 Cor. 1:10-12; 3:4; 4:6). In Corinth the unity God had formed was being marred in practice, just as Absalom had shattered a united Israel centuries before.

Anatomy Of Division
How had Absalom done that? Let’s turn back to the events of 2 Samuel 15, when he began spending his days at the city gate. With smooth words he intercepted those who sought justice from the king. He made a point of asking which city each one was from. After obliquely accusing his father of not appointing enough deputies to hear individual matters, Absalom pretended to wish absentmindedly that he were judge of the land, so anyone wronged could come to him. We can almost hear his deceptive sigh of “I would give him justice” (2 Sam. 15:2-4). Of course, all this was coldly calculated to denigrate David while elevating himself.

Absalom began by focusing on people’s natural sense of personal rights and desires. All who came to him were encouraged to feel justified in their complaints, to feel indignant about some offense – a most divisive tactic, used successfully among Christians, too. Any group where “I,” “me,” and “mine” are heard often, won’t remain a group for long!

Businesses recognize this vital point and engage in all sorts of team-building exercises for their workers. But Christians can access a supernatural solution to self-centeredness: the willingness to give up our rights and suffer loss. A beautiful contrast to Absalom is found in Mephibosheth, who was swindled by a cheating servant. When offered the restoration of his possessions, he said that he didn’t care a bit about them, as long as his king was back on his throne (2 Sam. 19:30). When believers in Corinth struggled against one another in personal matters, Paul counseled, “Why do you not rather accept wrong? Why do you not rather let yourselves be cheated?” (1 Cor. 6:7).

The same self-absorption encouraged by Absalom stood ready to divide fledgling Christians in Acts 6, when dissension arose between believers of Greek and Jewish backgrounds. Thankfully, Absalom’s way was not applied to that conflict; instead, a constructive approach, marked by wisdom from above, preserved the practical unity among believers. This preservation will not be the case if we concentrate only on restitution for perceived wrongs, or if we stress unfulfilled personal needs. There are scriptural ways to handle conflict, but none of them highlights “me” or allows for an us-against-them approach. The goal of oneness runs seamlessly through God’s ways with His people.

Secondly, Absalom not only emphasized personal rights but also encouraged personal pride. He hired fifty men to run before him when he traveled. In conversation, Absalom attracted people by asking about their home-towns; and further, when his visitors bowed to him, the prince offered a kiss as if they were equals (2 Sam. 15:1, 2, 5). The Israelites must have been proudly thrilled by this special treatment.

But God never tolerates pride. Instead, He abases it. Despite repeated scriptural warnings, however, Christians have long been afflicted with this root of disunity. The Lord admonished John to avoid pride of position (Lk. 9:49-50); Peter condemned the proud deceit of Ananias and Sapphira (Acts 4:36-5:2); and James warned against the often present divide between rich and poor (Jas. 2:1-4). Any degree of pride reduces our full enjoyment of God’s intended unity for His Church (1 Cor. 12:12, 21).

Absalom’s treachery worked: He “stole the hearts of the men of Israel” (2 Sam. 15:6). This result presents a third consideration for us. The Israelites became so strongly influenced by one man’s personality that they chose to follow him rather than their king. It was precisely this tendency which Paul wrote about so strongly to the Corinthians. Motivated by envy and strife, they displayed partisan behavior and were “puffed up on behalf of one against the other” (1 Cor. 3:3-4; 4:6).

Christians have wrestled with this through the centuries. Functionally, the Church which God sees as united is viewed today as fragmented. Various denominational legacies can become a rallying point for Christians, rather than Christ alone. Local church leaders or traditions can supplant Christ and the Scriptures. Even believers who consider a denominational focus to be unscriptural can be swayed by personalities. Many divisions among God’s people have occurred when a strong teacher led the way, even if unwittingly, for some to be puffed up against others.

In recent years there has been an emphasis on a renewed Christian unity. It is good to find out whether such exercises might aim for oneness without promoting Christ and His headship. Unity is not the object, but Christ is. In Absalom’s time, the people’s error was not so much that they strayed from the kingdom but that they rejected David, their true king.

Practicing Unity
Absalom single-handedly shredded a united Israel by promoting personal rights, cultivating pride, and encouraging others to follow him. It is essential to identify those components of division before they can ripen. But we should also heed God’s call to “keep the unity of the Spirit in the bond of peace” (Eph. 4:3). The Holy Spirit has already formed this union; we simply cultivate the condition in which He has placed us. Here are three further biblical injunctions for maintaining that unity.

Practice the truth evenly: If we all walk by the same rule and display the same mind (Phil. 4:16), deviations will be more easily recognized. Scripturally, some deviations are too wide, others too narrow. The truth is sufficient to address both errors. When the truth was practiced, Diotrephes was easily identified as overbearing (3 Jn. 10-11), while those who turned the grace of God into a license to sin were exposed (Jude 4).

Display patience and grace generously: Reading through the epistles, it is striking to see how bad conditions were in certain local churches. We have already mentioned Corinth, and the situation of Diotrephes; others include Galatia (Gal. 5:4), Pergamos (Rev. 2:14), and Thyatira (Rev. 2:24). In each of these cases, believers were not instructed to leave, but to set right the situation. There may be occasions when faithful Christians recognize that a local church is no longer a testimony for the Lord (Rev. 2:5; 3:16,20), but this does not seem to be the norm. If we view conflict as an opportunity to glorify God by working toward a resolution, then we might find we can discuss matters longer than we had first thought. Even if the conflict is a doctrinal issue, separation should not be initiated quickly. If we separate from fellow believers with the same speed that we pluck a splinter from our hand, then we are certainly not displaying the patience and grace of true Christianity.

Handle disagreements carefully: Conflict doesn’t have to produce disunity. We will only be perfect in heaven; down here we can expect to sharpen one another (Prov. 27:17). At various times Paul disputed with Peter, Mark, and Barnabas. Yet there is no evidence that any of these occasions damaged unity. In fact, there is evidence that relationships were maintained (2 Pet. 3:15; 2 Tim. 4:11; 1 Cor. 9:6). When conflict arises, it is not time to intimidate or disregard fellow believers. When someone proposes correction of my faults, it is an opportunity for me to be helped by a fellow servant (Phil. 4:2). There are many ways to handle conflict badly; but there is one way – through patience, humility, and the work of the Spirit in our hearts – to handle disagreements well.

Closing Consideration
The preceding thoughts on practical unity are based on the Scriptures. However, it’s likely that some readers will identify more strongly with one comment than another. Possibly a particular point makes you think this of a specific group of Christians: “If they had done that, we wouldn’t be in this mess.” Please resist the tendency to think this way – especially since someone else may be thinking the same thing of you. Instead, let’s ask the Lord to show us our need. Then, be prepared for the Lord to reveal our immaturities (Phil. 3:15). If we accept correction at His hand by realizing how we have contributed to any lack of practical unity, then we can begin to be used by Him to restore others by bearing one another’s burdens in accordance with His Word (Gal. 6:1-2).