The CHURCH In Acts: Of One Heart And Soul 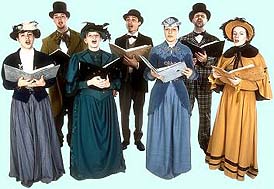 What’s Needed? Paul exhorted the believers at Philippi to “be like-minded, having the same love, being of one accord, of one mind” (Phil. 2:2 KJV). How is it possible for believers from different cultural and ethnic backgrounds, with unique problems and difficulties, to have one mind? The answer is revealed in another statement by the Apostle: “Let this mind be in you, which was also in Christ Jesus” (Phil. 2:5). When all believers have the lowly mind of Christ, we will be of one mind. It is a mindset that is not puffed up in vain glory, but is focused on the needs of others. Christ was the Servant of servants before He was the King of kings. Let this mind be in you.

The early Church, according to the Book of Acts seems to have enjoyed one-mindedness: “And the multitude of them that believed were of one heart and of one soul: neither said any of them that any of the things which he possessed was his own; but they had all things common” (Acts 4:32). Only when believers have surrendered their minds, hearts, and souls – yes, all that defines them as a living person – will there be complete unity in the body of Christ. For His Body, the Church, should not be composed of foreign objects that adversely affect its divine operation through individual and selfish ambitions. God has revealed to us by the essence of Himself that where godliness resides, individuality and unity will also exist in complete harmony.

What Happens?
How is a local church affected when all in fellowship become thoroughly unified with Christ? Clearly, the early church obtained this unification with Christ – the consequences of which are still apparent to this day. Note below the following seven examples of Church unity and the miraculous evangelical results.

In summary, the early Church was successful in evangelism when there was unity and Christ-mindedness among the disciples. When there were division and factions in the Church, their testimony was marred, the Spirit quenched, and fruitfulness ceased. The lesson for us all is to lay hold of the mind of Christ. This will bring unity to the Church, which will then have only one goal: “that all things be to the glory of God.” On the eve of His suffering, the Lord acknowledged by His prayer the inseparable link between having unity and displaying the glory of God. “And the glory which Thou gavest Me, I have given them, that they may be one, even as We are one” (Jn. 17:22). When the Church is unified, the glory of God is displayed, and the unsaved are won to Christ.

What Can We Do?
Anthony Norris Groves departed from a lucrative dental profession to be a missionary to India in the 1830s. He and his wife distributed their wealth among the needy in England and proceeded to India, trusting all their provisions to the Lord. G. H. Lang wrote in the biography, Anthony Norris Groves, about Groves’ passion for gospel ministry and the needful unity among God’s laborers to accomplish it: “When dissension arises between workers, they must either part, as did Barnabas and Paul, or the work withers at its roots. But spiritual union is spiritual strength.” 1

On this side of glorification, Christians will not always agree. Yet, after Christ’s coming for His Church, we have the glorious promise that all the brethren will come into unity (Eph. 4:13). Until then, let us be unified in the whole or be separately unified in part, that the Great Commission continue without omission. When we obtain the mind of Christ, we will be able to pray that our critics further the gospel of Christ also. Paul was able to rejoice in the gospel ministry of his critics, though they slandered him while preaching (Phil. 1:17). Why? Because they were preaching Christ!

Warren Wiersbe, relating a more modern-day example of this selfless attitude of the mind of Christ, wrote:

It is a matter of historic record that the two great English evangelists, John Wesley and George Whitefield, disagreed on doctrinal matters. Both of them were very successful, preaching to thousands of people and seeing multitudes come to Christ.It is reported that somebody asked Wesley if he expected to see Whitefield in heaven, and the evangelist replied, “No, I do not.”

The questioner said, “Then you do not think Whitefield is converted?”

Wesley said, “Of course he is converted! But I do not expect to see him in heaven, because he will be so close to the throne of God and I so far away that I will not be able to see him!”

Though he differed with his brother in some matters, Wesley did not have envy in his heart, nor did he seek to oppose Whitefield’s ministry.2