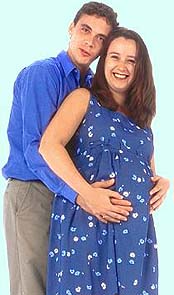 The dictionary defines the word “appalling” as “inspiring horror, dismay or disgust.” It is certainly an appropriate adjective to describe the abortion situation today. Abortion is appalling, not only because of the statistics, but also because of the unchanging standards of Scripture. What Statistics Tell Us Statistics cannot tell the whole story, but they certainly do show that the history of abortion is truly appalling. Since the watershed decision of the Supreme Court in 1973, which declared that the “unborn fetus” is not a legal person under the Constitution, more than 40 million abortions have been performed in the United States. We reacted with horror and anger when the lives of 6 million Jews were taken during the Nazi Holocaust. Is it not at least as appalling that 40 million babies have been intentionally destroyed? How dreadful and horrible to think of the gas chambers and incinerators of Auschwitz and Dachau and Buchenwald! But what about the incinerators of abortion clinics? The total number of American war deaths throughout the history of the United States is only a tiny fraction of the number of babies that have been killed by legal abortion.

The Supreme Court decision to allow Congress to limit federal funding for certain abortions, and the recent law banning partial birth abortions are small steps in the right direction, but they fall far short of changing the appalling statistics. Over 1,550,000 unborn babies continue to be killed each year in the USA. In fact, almost one in every three babies conceived in America is killed by abortion! Some lives are ended by the “suction” method, which tears and mutilates the tiny body; some by the “D&C” technique which slices and scrapes the womb clean; some by “saline poisoning,” which burns the tender skin of the unborn. If the infant is too large for other methods, some abortions are still performed by the infamous and horrendous “D&E” method (partial birth abortion), in which the living baby’s skull is pierced and the brain suctioned out when the infant is only seconds and inches from a live delivery! Dismissed as merely a “piece of tissue,” a “bunch of cells” or “the product of conception,” not one of these innocent babies is protected by law or given a say in deciding his or her destruction. How tragic! Sad! Appalling!

What The Bible Tells Us
Does the Bible have anything to say about abortion? When we consult a biblical concordance, we find that the word “abortion” is not listed. However, the Scriptures very definitely deal with the most basic question involved in the abortion issue: Is the unborn infant human?

In light of this teaching of Scripture, let us ask ourselves a couple of questions of vital importance in reference to the abortion issue. Does a “bunch of cells” have a sinful nature? If the “product of conception” is merely a piece of tissue, would the Bible attribute a sinful nature to it? The overwhelming scriptural evidence from both Old and New Testaments is that the sinful nature is uniquely and inseparably associated with human life, which begins at conception.

There are other Scriptures which support the basic truth that the unborn child is human. Consider Psalm 139:13-16 and Jeremiah 1:4-5, for example. Both David and Jeremiah speak of themselves as persons before birth. In addition, Luke 1:44 makes a very interesting statement about John the Baptist prior to his birth. We read that he “leaped for joy” in his mother’s womb. We can hardly attribute the emotion of joy to a “piece of tissue.” Joy is a human emotion. Now some will argue that this was just Elizabeth’s way of speaking about the unborn baby kicking in her womb, but let’s be very careful about handling Scripture this way. It is true that historical contexts and cultural settings must be taken into account when properly interpreting Scripture, but we must always remember that the Holy Spirit is the ultimate Author of Scripture, and His inspiration extends to the very words of Scripture (1 Cor. 2:13). Is it not possible that God is teaching us something about unborn humans in Luke 1:44?

Another argument from Scripture to show that the unborn child is human comes from the incarnation of Jesus. The doctrine of the incarnation is that the eternal Son of God became man – human! When did the incarnation take place? Was it at Jesus’ birth? At the point of “viability”? At the moment of “quickening”? Or was it at conception? Matthew 1:20 certainly moves us to conclude that the incarnation took place at conception. The angel comforted Joseph concerning Mary’s condition by telling him, “that which is conceived in her is of the Holy Spirit.”

In light of these Scriptures, is it possible to come to any logical conclusion other than that the unborn child is human? A ruling by the Supreme Court as to when personhood begins in no way changes the infallible and eternal Word of God! Unborn babies are human persons from the moment of conception, as far as God is concerned. Dare we take a position that condones abortion, or is neutral regarding this issue?

No discussion of what the Bible has to say about abortion would be complete without an examination of Exodus 21:22-24. Here’s how it reads in the King James Version: “If men strive, and hurt a woman with child, so that her fruit depart from her, and yet no mischief follow: he shall be surely punished, according as the woman’s husband will lay upon him; and he shall pay as the judges determine. And if any mischief follow, then thou shalt give life for life, eye for eye, tooth for tooth, hand for hand, foot for foot.”

Some pro-abortionists have ripped this passage out of context, declaring that it gives a biblical basis for abortion. In no way do these verses support abortion! In fact, if a premature birth is meant by the phrase “her fruit depart” (the NIV uses “premature birth”), and the mother or child suffered further injury, then the guilty party was to pay eye for eye, tooth for tooth – life for life! It is possible, however, that this passage refers to miscarriage and not to premature birth, because the Hebrew words which are translated “her fruit depart” are not precise enough to indicate whether the child is born dead or alive. If the words are translated “miscarriage” (as in the NASB), the further injury would refer only to the mother. Thus only if the mother died would the guilty one pay with his life. Now we are certainly not to conclude from this that the dead infant was considered less than human. All that Exodus 21:22-24 is saying (in this more lenient view) is that an offender was not to be considered a murderer for causing an accidental miscarriage. Those who try to justify intentional surgical abortion on the basis of these verses are guilty of gross misinterpretation and misapplication of the Bible.

What Is Our Response?
The sanctity of human life is written all over the Bible. Our responsibility before God is to protect human life, both born and unborn. Even by “stretching” the Scripture, the Word of God cannot be made to sanction abortion. To intentionally terminate the life of an unborn child is wrong – regardless of circumstances, culture or courts.

Countless people today are confused and brainwashed on the subject of abortion. As Christians, we should take every opportunity to speak out against abortion (Col. 4:5-6). But we should not only speak out. We should also reach out in compassion to those who are desperately trying to do the right thing in regard to the appalling issue of abortion.