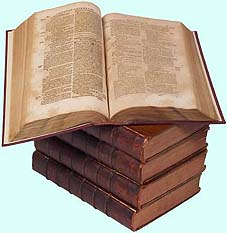 A Christian’s Bible may be well-worn in many sections, but most pages in the minor prophets are probably quite clean! Except for the book of Jonah and a few additional passages here and there, we don’t often read, study, or refer to the minor prophets. Not only can they seem hard to find, but their content might appear somewhat challenging. This was not the view of the early Christians. Nearly all the minor prophets are quoted in the New Testament. Altogether, about 30 quotations are found in the Acts, several New Testament epistles, and the gospels – some references spoken by the Lord Himself. As part of their Jewish upbringing, these individuals had clearly studied and memorized the writings of those prophets. It’s significant that their quotations were made to support teachings of the Christian era. This shows that we, too, should expect to learn from the minor prophets.

LEARNING FROM THE PROPHETS
The term “minor prophets” refers to the twelve Old Testament prophetic books from Hosea to Malachi. Although the word “minor” can have a disdainful connotation in English, that sense is not intended here. In some languages these writers are called the “small prophets,” which better expresses why they are grouped together. As William Kelly observed, “It is a question only of extent and variety in their written testimony” compared to the other prophets – Isaiah, Jeremiah, Ezekiel and Daniel.1

To start learning from the minor prophets, we should just read them. But our first reading of any document often provides only an incomplete understanding at best. It’s not wrong if we feel that way after reading a prophet like Joel or Nahum for the first time. Reading them without understanding everything is better than not reading them at all.

Then we can begin to study them more carefully. When beginning a study of one of these books, it’s good to learn about the prophet’s time in history. This is sometimes stated by the writer himself. For example, Hosea, Amos, and other prophets mention the kings of Judah and Israel who reigned during their time of prophetic service (Hos. 1:1; Amos 1:1). In other cases, the setting may be determined by the content of the message. Habakkuk saw the violence of the Chaldean army, Babylon, who would spoil Judah (1:6). This places the time of his prophecy near the end of Judah’s kingdom. Some of the prophets’ historical contexts are less evident, but it’s always valuable to search for this background.

Another point to bear in mind is the prophet’s intended audience. This can vary widely from one book to another. For example, Zephaniah prophesied to the people of Judah during the reign of Josiah, speaking of judgment even though an outward revival had swept the land. Obadiah spoke against the nation of Edom after they gloated over Judah’s destruction at the hands of Babylon. Haggai exhorted the Jews, who had returned to Jerusalem from Babylonian captivity, to consider their ways and shake off their complacency. Other prophets, such as Amos, address a number of audiences within one book. Knowing who heard each particular prophecy will shed light on the purpose of the messages found in each book.

Besides observing these aspects through our own study, additional help can be gained from Bibles with study notes. The notes often provide information about historical events and context that may not be readily apparent from reading the prophets themselves. They may also provide helpful links between the prophetic books and other scriptures. For example, a study Bible’s introduction to Jonah will probably point out a relatively obscure mention of him in 2 Kings 14:25. There we learn that Jonah had prophesied about a certain territory being restored to Israel, and that his words came to pass. This is an insightful reference that might have been harder to discover by ourselves.

Bible commentaries can also deepen our understanding. There are fewer commentaries about the minor prophets than about other parts of the Bible, but good, clear writings can still be found. Some give short overviews, while others discuss one or more of the prophets in greater detail.2 These texts can be especially helpful for learning more about the meanings of a prophet’s message or the reasons behind it. However, we should be careful not to depend on commentaries, since they are only man’s writings. God always wants to be understood by those who seek Him, so we can be sure that the Spirit of God will help us learn, if we are willing to devote time to Bible study, with or without a commentary.

GENERAL THEMES
The minor prophets present a variety of topics in their respective writings, but some themes are common to the prophetic messages as a group. One of these is the concept of “the day of the Lord.” This expression is used 16 times by six of the minor prophets, and several allusions to that same time period can also be found. By contrast, the other Old Testament prophets mention “the day of the Lord” only about eight times.

This period of time is described as a great and terrible day (Joel 2:11,31; Mal. 4:5) in which the Lord’s stern anger will be felt (Zeph. 1:18; 2:2,3). He will judge the unfaithfulness of Israel (Joel 2:1), as well as the wickedness of the nations (Obad. 1:15). The Lord will use the nations as instruments of chastening against Israel, but He will also intervene in the conflict and turn Israel’s apparent defeat into His victory. The Lord Jesus Himself will physically appear as their deliverer, standing on the Mount of Olives near Jerusalem. Soon after that the kingdom age will be ushered in, when “the Lord shall be King over all the earth” (Zech. 14:1-9 NKJV; Joel 3:12-17).

In the New Testament, 2 Peter 3:10 indicates that the day of the Lord will extend to the end of this earth’s history. Then, the heavens and earth that now exist will be completely dissolved, and replaced by “new heavens and a new earth in which righteousness dwells” (2 Pet. 3:13). The prophets had used the anticipation of the day of the Lord to call Israel back to holiness and meekness (Zeph. 2:3). Similarly, Peter referred to the day of the Lord so Christians would be stirred up to godly living, since all the material things of this world are destined for destruction (2 Pet. 3:11,14). We cannot trifle with God. He is holy and righteous, and He is not ignorant of sinful behavior. As with all scriptural doctrines, the teaching of the day of the Lord is not intended merely for informational purposes but for fervent responses, even from hearers who will not experience the actual events.

If the Lord’s righteousness is prominent in the minor prophets, so is His mercy – another general theme. Even when He pronounced judgment, the Lord looked for repentance. In Amos 4, the Lord described five ways He had disciplined His people, and each time lamented, “Yet you have not returned to Me.” His mercy is accented when Nineveh responded to Jonah’s preaching (Jon. 4:2,11). Micah promises that, despite continued failures among His people, the Lord will finally step in and turn their hearts back to Him; He is a pardoning God who will cast their sins into the deepest sea (Mic. 7:18-19). It’s great to meditate on words that prove how God’s mercy triumphs over judgment (Jas. 2:13), even in the face of most glaring unfaithfulness.

THE LESSON OF BOLDNESS
Besides certain general themes in the minor prophets, there’s also a lesson to be learned from their personal characteristics. In particular, it seems these prophets were very observant. They knew what was going on around them spiritually, and the Lord used them to comment boldly on the spiritual condition of the people. Many of them used current events to draw their audience’s attention back to God. Here are several examples:

We must remember that these prophets were not free agents walking around just looking for something to talk about. The Lord used them to speak His words to His people. We too have a responsibility to be prepared for service. The Bible is clear that God uses people who are in a condition to be used (2 Tim. 2:21). Preparing ourselves for service means we will notice the spiritual conditions around us and search the Bible to see what God thinks about those conditions. We will desire to bring God’s Word to bear on the situation at hand, seeking His will about when and how to speak.

Further, we will make much of God’s judgment and His restoring grace. As we seek to become more sensitive to His standards, we must be careful not to become finger-pointers. The prophets didn’t only identify errors; they also showed the way back to the truth. For example, through Hosea God evaluated His people: “In their affliction they will earnestly seek Me.” And then Hosea pleaded: “Come, and let us return to the Lord; for He has torn, but He will heal us” (Hos. 5:15-6:1). To meet the need of the moment, a prophetic message will indicate the departure as well as the way to return.

SUMMARY
The minor prophets brought candid messages primarily to Old Testament Israel and her contemporary nations. Many of their expressions point to a still-future day of judgment for those same people groups. However, every Scripture verse is for us (2 Tim. 3:16; 1 Cor. 10:11.) From these prophets we can learn essential characteristics, principles, and plans of God, and develop effective viewpoints for serving Him, just as they did.

END NOTES
1. W. Kelly, Lectures Introductory to the Study of the Minor Prophets, p. xvi. Central Bible Hammond Trust, Northumberland, England. 5th ed.
2. The Bible: Its 66 Books in Brief, by L. M. Grant gives one-page summaries of every book in the Bible. Longer commentaries include Notes on the Minor Prophets, by H. A. Ironside, and the one mentioned above.