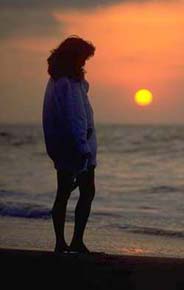 Rahab QUITE A SERVANT “And Joshua saved Rahab the harlot alive, and her father’s household, and all that she had; and she dwelleth in Israel even unto this day, because she hid the messengers, whom Joshua sent to spy out Jericho.” Joshua 6:25 KJV

Taking the opportunity God laid before her, Rahab hid the Israelite spies from the king of Jericho. This act of treason might be condemned, if it were not for the judgment of God against her wicked city. Rahab considered the curse of God greater than the curse of man, so she aided these men. She openly acknowledged the Lord their God as the “God in heaven above and in the earth beneath” (Josh. 2:11). She put her faith immediately into action by tying the red cord in her window that very moment (Josh. 2:21), even though the actual judgment was at least a month away. How often she must have checked to make sure that little scarlet cord was still there.

For her faith she is catalogued with the faithful in Hebrews 11:31: “By faith the harlot Rahab perished not with them that believed not, when she had received the spies with peace.” She is the only other woman mentioned by name in this chapter besides Sarah, Abraham’s wife.

In fact, in James 2 she is on equal footing with Abraham himself: “Was not Abraham our father justified by works … Likewise also was not Rahab the harlot justified by works, when she had received the messengers, and had sent them out another way?” (Jas. 2:21,25). She is an example of everyone who puts his or her trust in the blood of Christ and the Word of God.

She also takes her place in the genealogy of Jesus Christ in Matthew 1:5: “And Salmon begat Boaz by Rahab.” Here her former life is never mentioned. Rahab is quite a servant who had faith in quite a God!