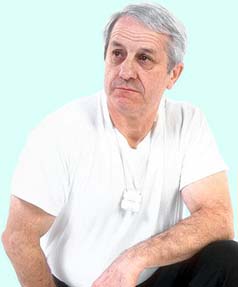 JOSHUA: A Life Lived For God

The Bible gives us a beautiful picture in the Book of Joshua. It is a portrait of an old Joshua and the children of Israel in the Promised Land. They are in Canaan, specifically in Shechem, to receive a covenant and hear the final words of Joshua, God’s servant and their leader. He gathers all the tribes of Israel – their elders, heads, judges, and officers – and presents them before God. He reminds Israel of their history and God’s faithfulness. In the middle of his address he says, “Now therefore, fear the LORD, serve Him in sincerity and in truth, and put away the gods which your fathers served on the other side of the River, and in Egypt. Serve the LORD! And if it seems evil to you to serve the Lord, choose for yourselves this day whom you will serve, whether the gods which your fathers served that were on the other side of the River, or the gods of the Amorites, in whose land you dwell. But as for me and my house, we will serve the Lord” (Josh. 24:14-15NKJV).

Joshua was passionate and emphatic. Verse 15 has appeared on wall plaques mounted in millions of homes, and has been quoted by millions of Christians over the centuries. It is encouraging: “As for me and my house, we will serve the LORD.” The question is, how did Joshua get to that point? The answer is that he climbed to that height slowly and steadily. Joshua was faithful to the Lord from his youth. Our spiritual fathers didn’t get there by chance, but by practice. The same chapter records Joshua’s death at age 110. Perhaps we might be as passionate and emphatic as Joshua was about the Lord in our old age if we practice some of the principles he did as a young man.

Joshua Defeats Amalek
The children of Israel were delivered from Egypt by God’s power when Pharaoh and his army drowned in the Red Sea. As the Israelites started their journey to the Promised Land of Canaan, they began to complain. Their needs for food and water were legitimate, but their complaints were not. They had just experienced God’s power, but they quickly took their eyes off God and focused on their circumstances. Christians today do the same thing. We tend to magnify our problems and minimize our Lord! God, in His grace, had provided manna to eat and water to drink (Ex. 16:1-17:7). Israel continued their journey having experienced both God’s magnificent power and His bountiful provision. But a new problem arose – the Amalekites (Ex. 17:8-15).

Joshua, whose name means “Jehovah is Savior,” is first mentioned in connection with Moses, who instructed him to choose some men and go fight the Amalekites. As Joshua and his men were fighting them in the valley, Moses stood on the mountain with his arms raised. As long as Moses’ hands were raised Israel prevailed; when Moses lowered his hands Amalek prevailed. Eventually, Moses needed assistance from Aaron and Hur. In the end, Israel, led by Joshua, defeated the Amalekites (Ex. 17:13).

This is the first lesson to learn from Joshua’s experiences as a young man: We can defeat Amalek, but we need help. Amalek is a type of the flesh. Although we Christians are no longer in the flesh, the flesh is still in us (Rom. 7:13-25). We have the Adamic nature inherited from Adam. It’s also called the sin nature or the flesh. Jesus said to Nicodemus, “You must be born again.” Just before that He said, “That which is born of flesh is flesh and that which is born of Spirit is spirit.” Once we are saved, we have a divine nature; we are born of the Spirit (Jn. 3:6-8; 1 Pet. 1:23). Yet we still have to deal with the flesh (Gal. 5:16-26).

Young Joshua was able to defeat Amalek. Notice what Exodus 17:8 says: “Now Amalek came and fought with Israel in Rephidim.” It is the flesh that attacks us. Even though we are saved, we have an enemy within! But like Joshua we must defeat it. Moses was a type of Christ, our Great High Priest in heaven, with His hands uplifted to help (Heb. 4:14-16). While all types in Scripture fall short, Christ, our Great High Priest, never gets weary and doesn’t need any help to hold up His hands! He is there to help us defeat our Amalek.

Joshua and his men were engaged in a physical battle, and they needed Moses’ help. How are we to engage in our conflict with the flesh today? First, we must recognize that the flesh is always there, and it will rise and manifest itself in our thoughts. We must judge it using God’s Word as our standard. We must fight it inwardly. Second, we must attack it outwardly by reading God’s Word, by applying it to our lives. Third, we should pray. These practices should begin at salvation, and not stop until the Lord takes us home. Finally, notice what Exodus 17:16 says: “The LORD has sworn: the LORD will have war with Amalek from generation to generation.” The battle with the flesh is constant; there are no vacations. To become as determined as Joshua in his old age, we must be as vigilant as Joshua in our youth.

Joshua, Moses’ Assistant
In Exodus 24, Joshua is called Moses’ assistant. Moses is instructed to ascend Mount Sinai to receive the Law and the Ten Commandments. Verse 13 says, “Moses arose with his assistant Joshua, and Moses went up on the mountain of God.” Joshua is allowed to go further than Aaron, Hur, and the seventy elders, but only Moses can go into the Lord’s presence. As Moses’ assistant, God blessed Joshua with solid spiritual training. He was undoubtedly affected by Moses’ life; like the others, Joshua saw all of Moses’ triumphs and failures. He saw how the Lord used Moses and how Moses failed when he acted in the flesh.

To become spiritually mature and have a passion for the Lord in our old age, we need the spiritual training that Joshua received; we need a Moses. The Lord provided Joshua for Moses and Moses for Joshua. Much can be gleaned from the title “Moses’ assistant.” Joshua’s tasks may have included helping Moses with some of his personal needs, and perhaps he also helped with some spiritual tasks. But even if Joshua was not given any spiritual tasks, he still learned invaluable lessons from being in the presence of Moses, the Lord’s servant.

We Christians learn our best lessons from God in numerous ways – from Bible study, preaching, teaching, written ministry and prayer. However, sometimes the Lord also gives us an older brother or sister who is our Moses. We are able to train under this mentor; it may not be training for a specific position like Joshua’s. It may be discipling us to become mature believers. We should thank God for mentors and learn from them. (An example of Joshua’s ignorance and Moses’ discernment occurs in Exodus 32:15-20. The Lord sent Moses down from Mount Sinai because the people were sinning. Joshua thought he heard the noise of war. Moses knew it was singing.) Titus 2 gives some good instruction; those who meet the requirements of older believers can be like a Moses to the younger ones.

Joshua Near The Tabernacle
“Moses took his tent and pitched it outside the camp, far from the camp, and called it the tabernacle of meeting … So the LORD spoke to Moses face to face, as a man speaks to his friend. And he would return to the camp, but his servant Joshua the son of Nun, a young man, did not depart from the tabernacle” (Ex. 33:7,11). This final lesson from Joshua will help us to be passionate about living for the Lord and serving Him in our older years.

Because Israel had committed a grievous sin in worshiping the golden calf, Moses took his tent outside of the camp of Israel and called it the tabernacle of meeting. He set up a place away from the sin and failure, where the Lord could meet with him. Moses returned to the camp to deal with the people, but Joshua did not depart from the tabernacle. Here’s the secret: like Joshua, we must not depart from the presence of the Lord. In this portion more information was given about Joshua. Although a young man, he wanted to be in the Lord’s presence, where the Lord spoke. He wanted to be where divine instructions and directions were given. At the same time, he wanted to be away from sin and defilement. Joshua took up the practice of being ever in the presence of the Lord.

Psalm 91:1 states it well: “He who dwells in the secret place of the Most High shall abide under the shadow of the Almighty.” Much can be said about failure in Christendom and failure in local churches, but as individual believers we can be like Joshua. We should not depart from the presence of the Lord. How can we do this? First Kings 17:1 presents this beautiful thought: “The LORD God of Israel lives, before whom I stand.” We are always in His presence; we need to consciously practice being there. We must filter everything through Him and His Word. There must be separation from evil; however separation is not isolation. We need to develop our personal relationship with the Lord through reading His Word, through meditation, and prayer. We need to obey Him and listen to His voice. We need to gather with His people. Joshua was in the tabernacle, away from the sin in the camp. He would not depart from the presence of the Lord.

Joshua’s Expression Was Real
That famous quote that adorns millions of homes around the world today was not just a slogan for Joshua, it was his way of life. His statement, “As for me and my house, we will serve the LORD,” was the summation of a life lived for God. We know that he served well as Moses’ successor. He was used mightily to bring Israel into Canaan. He was used to dispossess the enemies as Israel possessed their inheritance. He was used to divide the land among the twelve tribes.

Before we say, “As for me and my house, we will serve the LORD,” let’s remember this: Joshua defeated the power of Amalek, served and learned as Moses’ assistant, and practiced being in the presence of the Lord – before he made this statement. Spiritually speaking, we should do likewise!