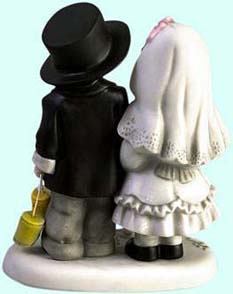 Learning From Hosea and Gomer Part 1 – Persistent Love: A Study Of Hosea 1-3

By looking at the kings listed in Hosea 1:1, we can deduce that Hosea was an active prophet for at least 30 years, between 785 and 750 BC. By this time, the nation of Israel was divided into two kingdoms – Judah to the south and Israel to the north – both ignoring the Lord. The Lord’s words through Hosea paint a very sad picture: “There is no faithfulness, no love, no acknowledgment of God in the land. There is only cursing, lying and murder, stealing and adultery; they break all bounds, and bloodshed follows bloodshed ... they have deserted the Lord to give themselves to prostitution ... A spirit of prostitution leads them astray; they are unfaithful to their God” (4:1-12). And yet, even in this condition, the Lord continued to love them deeply. The first three chapters of Hosea contain a biography of his life, particularly focused on experiences at home. “When the Lord began to speak through Hosea, the Lord said to him, ‘Go, take to yourself an adulterous wife and children of unfaithfulness’... So he married Gomer” (1:2-3). Was this a test of obedience? Would the Lord really want a man of God to marry such a woman? Some Bible scholars doubt that it really happened. They feel more comfortable suggesting that the prophet’s marriage was really a vision or a dream or should be understood allegorically or as a parable. Is this weakening of the text necessary? Or could it reflect the sheltered existence of such scholars? Prostitutes are real people. They dream, cry and love. Is it so ungodly to offer Gomer the possibility of a stable relationship? The children of prostitutes also need security and a home. Personally I see no reason why the marriage of Hosea and Gomer should not be taken literally as a description of what really happened. This painful love story provides some helpful insights to aid us in our own marriages, homes and spiritual development.

Hosea is considered a prophet to the northern kingdom, which had departed from the Lord through idolatry. But the Lord’s message through Hosea projected a complete restoration: “The people of Judah and the people of Israel will be reunited, and they will appoint one leader” (1:11). The joy and pain between Hosea and Gomer find a clear parallel between God and the nation of Israel. At times the Lord used Hosea’s domestic difficulties to help Hosea understand how He felt about Israel, and sometimes the opposite: Hosea learned to understand and treat his wayward wife as he saw how the Lord loved and dealt with wayward Israel. On occasions it is difficult to see if the text is dealing with Gomer or Israel, with Hosea or the Lord Himself. Frequently, the terms and expressions aptly apply to both. The use of themes such as love, marriage, children, infidelity, pain and restoration add force to the Lord’s call to repent and return. Divine love doesn’t give up.

Every Marriage Has Problems
You need not be a professional marriage counselor to forecast difficulties in the union between Hosea and Gomer. Their backgrounds were so different, yet it was the Lord’s will that they should marry. Perhaps you are experiencing some frustrations in your marriage. Maybe you are beginning to conclude that you and your partner are too different, that you married the wrong person. Stop for a moment and let us explore the first three chapters of Hosea. The union of Gomer and Hosea teaches us a great deal about marriage.

Their wedding: Try to visualize the wedding of a prostitute and a devout prophet. Who would feel comfortable at such a celebration? If some who were invited by Gomer and Hosea decided to attend, they certainly would not mix. From the start Hosea and Gomer were the center of social controversy. Can you imagine the comments of Hosea’s family and God-fearing friends? Can you picture the sneers on the faces of Gomer’s “friends”? Even today, outsiders may hurt married couples by expressing their unsolicited personal opinions.

Their home: Now imagine their life at home. Gomer was no beginner. When Hosea married her, he took her home with her “children of unfaithfulness.” Adapting to living together must have been complex. Hosea’s quiet and spiritual lifestyle was rapidly invaded by noise, demands and preoccupations. If God had plans for this extraordinary and complex union, I am sure He also has a unique purpose for your marriage – even though you may not see it at present.

Their offspring: After their marriage, Gomer gave birth to Hosea’s first son. He was named Jezreel. In those days, and in some cultures today, a person’s name had a purpose and meaning. Hosea means “savior” or “salvation.” His name fits his role very well, and reinforces the message that Hosea is a picture of the Lord. The names of his three children may have a dual significance, reflecting the state of Israel and also his domestic developments. Jezreel means “God sows.” Here is recognition of the Lord’s hand in Hosea and Gomer’s union. Then came a daughter, Lo-Ruhamah, meaning “not loved” or “not favored.” This name suggests that all was not going well in their marriage. Then Gomer gave birth to a son, Lo-Ammi, meaning “not mine.” Did Hosea suspect that Gomer was up to her old lifestyle? No marriage has guaranteed happiness. Even unions directed by the Lord have tense moments that, if the partners are not careful, can lead to serious problems. Are you taking good care of your partner? Loss of affection, even infidelity, is possible in your marriage too!

Before we move on to explore Gomer’s unfaithfulness, it is worth noticing how Hosea addressed his children. Was it their fault that they should go to school being called “not loved” and “not mine”? In Hosea 2:1 Hosea dropped the prefix “Lo” (meaning “no” or “not”) from their names, calling them Ruhamah (meaning love, mercy and compassion) and Ammi (meaning mine, my people and kinsman). It is bad enough that children have to suffer the consequences of conflicts between their parents. Finding ways to reassure them that they are loved will help provide the stability they need while the parents sort things out.

Steps Toward Adultery
Failure seldom occurs instantly. It is the end of a process. Various warning signs are ignored, and then comes the crisis. Most moral sin starts in the mind. We feel attracted to a member of the opposite sex, which is quite natural, but when we play with “possibilities” of an extramarital relationship, we are already walking on a slippery path. When flirtatious looks, private e-mails and secret phone calls produce a warm anticipation of the next encounter, an “adulterous relationship” has already begun. Some erroneously believe that adultery starts when you climb into bed, but the words of Jesus are very clear: “I tell you that anyone who looks at a woman lustfully has already committed adultery with her in his heart” (Mt. 5:28).

At first, marriage has its element of excitement. But some forget that every privilege has its corresponding responsibility. The making of a home requires work and sacrifice. What happened with Gomer? What caused her to abandon the security of a loving husband and a home of her own?

Selfishness: Was Gomer unwilling to pay the price? Did she not stop to consider Hosea’s heart and her children’s future?

Comparisons: Did her past experiences allow her to compare Hosea with other men? Did she find it difficult to be satisfied with just one man?

Ambition: Even though Hosea provided well for her (2:8) did he give her all that she wanted?

Adventure: Did she prefer the excitement of risk and uncertainty to the predictability of security?

Gomer did not learn to appreciate what the Lord had given her in Hosea, and one day decided to put into action her well-rehearsed plan: “She said, ‘I will go after my lovers, who give me my food and my water, my wool and my linen, my oil and my drink’” (2:5). And she did.

How do you feel about your marriage partner? Are you frustrated by the lack of romance in your marriage? Are you one of those who still thinks casual flirtation is innocent fun and sexual fantasies do not harm anybody? When sexual sin sedates the conscience, you are prone to deny and rationalize: “This is the way of an adulteress: She eats and wipes her mouth and says, ‘I have done nothing wrong’” (Prov. 30:20). Once you choose to live with hidden sin, you force yourself to live pretending: “They commit adultery and live a lie” (Jer. 23:14). Happy marriage partners protect their exclusiveness. This requires self-discipline and sacrifice.