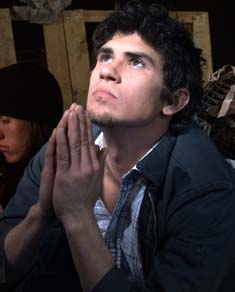 Willing Service “Amasiah the son of Zichri ... willingly offered himself unto the LORD.” 2 Chronicles 17:16 KJV

Little gems are sometimes discovered in unlikely places. One such gem is found in 2 Chronicles 17, about Amasiah the son of Zichri. While Zichri is a common name in Scripture (12 bear this name), this Zichri is mentioned nowhere else. Similarly Amasiah is named only in this verse. What is their significance? Both Zichri and Amasiah lived during King Jehoshaphat’s reign, but Zichri is only named because of the statement concerning his son. Jehoshaphat started out well, sought the Lord and His ways and was thus blessed with a kingdom (2 Chr. 17:3-6). Being concerned that the Law of the Lord should be taught in the land, he appointed Levites and priests to travel throughout all the cities of Judah instructing the people (17:7-9). Great blessing resulted, and the nation found itself secure (17:10). “Mighty men of valor” filled the ranks of Jehoshaphat’s armies, led by such worthies as Adnah and Jehohanan, who commanded 300,000 and 280,000 respectively (17:14-15). Next in responsibility was Amasiah who led 200,000 “mighty men of valor” (17:16). One Outstanding Feature

The outstanding feature about Amasiah was not the size of his regiment, as other captains commanded more. His role was not more important than others. The significant fact about him was that he willingly offered himself to the Lord. Recognizing the godly leadership of Jehoshaphat in Judah, and the valuable reform that had been introduced to bring the people nearer to God, Amasiah willingly laid down his life in the Lord’s service. He wanted to play his part in establishing the Lord’s kingdom. And this act of commitment was true to his name, which means “Jehovah carries a load.” He knew his God-given responsibility and made a ready response. How glad his father Zichri must have been!

Amasiah passed from this life long ago, but he will be remembered as a man who “willingly offered himself unto the LORD.” We have only one life, and Amasiah’s commendation challenges us to offer ourselves willingly to the Lord as he did. There is hardly a finer way by which we could be remembered.