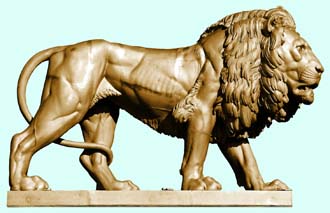 Five Lessons From The Book Of Daniel Part 1 About 2600 years ago, Nebuchadnezzar besieged Jerusalem. This stressful time marked the beginning of a radical change in the life of four bright Jewish lads – Daniel, Hananiah, Mishael and Azariah. In the years to come, the invading Babylonian Empire, and King Nebuchadnezzar himself, would be affected by the life and convictions of these young men. Your life, like theirs, can also influence others. When Daniel got older he was inspired by the Lord to write of extraordinary events – some which he lived himself, others which happened later, and some yet to happen. The first six chapters of his book are historic; the remaining six are mainly prophetic.

Although the Lord Jesus referred to Daniel as a prophet (Mt. 24:15), he was never a “full-time prophet” like Isaiah or Jeremiah. He spent his adult life as a statesman, civil servant and government employee. The life of Daniel shows that men and women can be used by God while in “secular” employment. It is a matter of convictions and priorities. Although Daniel had varied administrative responsibilities he was not absorbed by them. He was known as one who served his God continually (6:16,20). Many generations have come and gone, but the lessons penned by Daniel still hold true today. Let’s look at five of them.

1. Victory Begins In The Heart – Daniel 1
Daniel and his three friends belonged to Jewish nobility; they were young men “without any physical defect, handsome, showing aptitude for every kind of learning, well informed, quick to understand” (1:3,4 NIV). They had a bright future in Judah, but it was now even brighter in the large and prosperous Babylonian Empire. They were integrated fully into this new culture. Even their names were changed (1:7). What kept these young lads from losing their identity as people of God? Before they reached Babylon, they had made up their minds not to defile themselves with the royal food and wine (1:8).

Some Christians think that they “accidentally” fall into a sin. Most sin starts in the mind. Like Eve in the garden, and Achan in his tent (Gen. 3:6; Josh. 7:18-21), we see, we covet, we act. Good things also start in the mind. We consider truth, accept it, and then act on it. We see someone else’s need, we think about it, we feel it, we then act. If we are to speak and act rightly, we must think rightly. And our heart must be right. That’s why Paul urged Christians not to “conform any longer to the pattern of this world, but be transformed by the renewing of your mind” (Rom. 12:2). Life is made up of small choices based on our convictions. These convictions must be developed consciously in the presence of God. Without them we lose our identity as people of God.

Making bold decisions that give direction to our life is not something only for the young. As we grow older, our religious and secular surroundings continue to exert pressure on us to conform. We may be tempted to think we know it all and have always done things rightly. Every new situation provides us with an opportunity to humbly seek the Lord and to keep on learning. In his later years, an angel approached Daniel and said: “Do not be afraid, Daniel. Since the first day that you set your mind to gain understanding, and to humble yourself before your God, your words were heard, and I have come in response to them” (10:12). Daniel was still humble, and still setting his mind to understand. Are you right before the Lord? Battles are won or lost in our minds and hearts. “Above all else, guard your heart, for it is the wellspring of life” (Prov. 4:23).

2. Prayer Releases God’s Mercies – Daniel 2 & 9
Do you remember your dreams? Sometimes God uses dreams to communicate with humans. We find some examples in both the Old and New Testaments. In Daniel, God gave pagan King Nebuchadnezzar a troubling dream that woke him in a bad mood. He called his wise men together and said: “If you do not tell me what my dream was and interpret it, I will have you cut into pieces and your houses turned into piles of rubble” (2:5). Daniel only got to hear about this when Arioch, commander of the king’s guard, arrived to kill him.

What would you do in this moment of personal crisis? The request was unreasonable. The procedure was unfair. The possible consequences were frightening. Daniel spoke with “wisdom and tact” and asked the king for some time. “Then Daniel returned to his house and explained the matter to his friends Hananiah, Mishael and Azariah. He urged them to plead for mercy from the God of heaven concerning this mystery, so that he and his friends might not be executed with the rest of the wise men of Babylon” (2:14-18).

PERSONAL CRISIS: Was God aware of the crisis of these godly men, and could He have avoided it? Yes! But God was actually behind the crisis. He gave the dream. It was God’s way to bring these godly men closer to Himself and to each other, and to get them into key positions in the Empire. Daniel’s reaction was to call for a prayer meeting to plead for mercy – not to the king but to the God of heaven. Their lives were spared, the king recognized that their God was “the God of gods, and the Lord of kings” (2:47) and Daniel and his three friends were promoted within the administration of Babylon.

Our God is still “able to do immeasurably more than all we ask or imagine, according to His power that is at work within us” (Eph. 3:20). Are you living in a difficult situation? Is someone being unreasonable? Is your situation unfair? Are the possible consequences frightening? Ask your Christian friends to join you in prayer. Prayer releases God’s abundant mercies.

NATIONAL CRISIS: While Daniel studied the writings of the prophet Jeremiah, he became aware of and concerned about the spiritual state of the nation of Israel. What did Daniel do with this burden? He “turned to the Lord God and pleaded with Him in prayer and petition, in fasting, and in sackcloth and ashes” (9:3). Daniel’s response to a national crisis was the same as to a personal crisis – prayer. He sought the mercies of a merciful God: “Give ear, O God, and hear; open Your eyes and see … We do not make requests of You because we are righteous, but because of Your great mercy. O Lord, listen! O Lord, forgive! O Lord, hear and act! For Your sake, O my God, do not delay” (9:18,19). In the writings of Ezra and Nehemiah we read how God answered this prayer. His mercies became evident as many Jews left Babylon and returned to Judah.

Do you need God’s mercies? Do you ask for them? “Until now you have not asked for anything in My name. Ask and you will receive, and your joy will be complete” (Jn. 16:24).