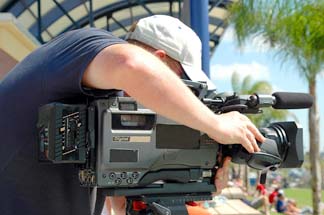 HOMOSEXUALITY: Some Facts And Observations News articles, TV commentaries and research studies about “hotbutton” issues surrounding homosexuality almost always stir up personal prejudices and strong opinions. The thinking person, however, will want to have facts, not just opinions. To obtain the facts about homosexuality, two highly qualified psychologists, Stanton Jones and Mark Yarhouse,1 undertook a study that meets today’s professional standards in ways that other existing studies do not. Their work resulted in a book entitled Ex-Gays: A Longitudinal Study Of Religiously Mediated Change In Sexual Orientation (Intervarsity Press, ’07). Reading it prompted me to write this article in the hope that it would be useful to readers. The Problem With little hard evidence, most psychologists have concluded: that people who try to change their sexual orientation are actually mentally ill; that “homosexuality is not changeable”; and that “any attempt to produce change is necessarily harmful” (pp. 36,16).2 On the other hand, many conservative Christians are equally dogmatic in contending that homosexual orientation will automatically disappear with salvation, that is, new birth in Christ.

Two of the most controversial and contested questions of our day are: Is it possible for people to change their sexual orientation, and is the attempt to change potentially harmful? The authors found tentative answers to these questions and present them in such a way that both the professional and the average person can be informed, particularly by the first three chapters and their conclusion.

The Study And Results
Contrary to the expectation of most psychologists, the study found that change of orientation is indeed possible and that attempts to produce it caused no obvious harm. The authors found that the method used, that of Exodus International Ministries (pp. 7072), produced success in 38% of their two categories (conversion and chastity) and truly negative outcomes in only 12%. The authors’ comment: “It is probably notable that what we considered failure, namely, the continued embrace of same-sex erotic orientation would be seen as the most positive outcome by most psychologists today” (p. 370). These outcomes would be regarded as respectable in psychotherapy or drug treatments (p. 369).

Christians should note that apparently not everyone can change, and that not all who report reversal to heterosexuality will remain that way. However, the authors strongly reject the position that any further recurrence of homosexual attraction means that the person “has not really changed” (pp. 372-373).

Responses To The Facts
All responses to homosexuality by churches and by individuals should be based on the facts and on taking Scripture as “inspired by God” (2 Tim. 3:16). Responses should in no way be affected by what are merely strongly held opinions of highly influential people. Since Scripture specifically commends celibacy as a life style for unmarried heterosexuals (1 Cor. 7:8-9), celibacy should be accepted as a strategy for coping with homosexual behavior and inclinations (pp. 54-55). Being sexually active is not essential to happiness or wholeness, and Paul and especially Jesus are excellent examples of this fact.

Homosexual behavior and inclinations, along with many other such things referred to in Galatians 5:19-21 are produced by the sinful nature – a nature we all have. Note that it is “homosexual offenders,” not just those so inclined, who are called “wicked” in 1 Corinthians 6:9-11. It is behavior that is addressed as sin, in both the Old Testament (Lev. 18:22; 20:13) and the New (Rom. 1:26,27), where it is made clear that the prohibition applies not only to men but also to women.

Homosexual behavior is not the unforgivable sin. Sincere confession of any sin makes it possible for God to “forgive us our sins and purify us from all unrighteousness” (1 Jn. 1:9). Note that forgiven homosexuals were part of the assembly at Corinth. Like all other believers, they had been “washed … sanctified … justified in the name of the Lord Jesus and by the Spirit of our God” (1 Cor. 6:11). Condemning all homosexuals, as is done in the “gay-hatred approach” of some Christians, is definitely unscriptural.

But what if a believer who experiences homosexual attraction yields to the temptation? Since all of us yield to temptations from time to time, we should respond to such a person just as we would respond to the person who yields to heterosexual attraction and commits fornication or adultery. Whether a Christian is greedy or covetous or a drunkard or an addict or a swindler or a cheat or a railer or a slanderer or a fault finder, we are to deal with each one scripturally (1 Cor. 5:11-13; Mt. 18:15; Lk. 17:3-4). When we see anyone in the church practicing any of these things, it is our responsibility to try to “restore such a person gently” (Gal. 6:1). God’s purpose is to bring about repentance; His goal is restoration not excommunication.

God wants us all to “live by the Spirit and … not gratify the desires of the sinful nature” (Gal. 5:16). But He does not demand that we never sin again to remain saved, and neither should we! We are to have patience and show understanding, without condoning the practice of sin (2 Tim. 2:25).

Help For Same-Sex Attraction
Anyone who suffers from same-sex attraction, although sincerely desiring to change his/her behavior, may not be able to do it without help. If one decides to seek professional help, he/she should seek a Christian counselor who accepts the teachings of Scripture. Some mental health professionals are unsympathetic to the beliefs of conservative Christians (pp. 43-44). Help may also be sought from “religionbased ministries who offer services to those who struggle with homosexuality.” Some of these are listed on page 63 of the book. Of note is Exodus International, an interdenominational, umbrella organization concerned with this problem (p. 68, 70).

Conclusion
Neither homosexuals nor those who care about them should despair. The Lord has servants whom He has empowered to help in this restorative work by loving these struggling believers and encouraging them to replace homosexual behavior with godly behavior during the restorative process. We should not just try to remove them from our churches.

Let us not be like the Pharisees who saw themselves as being so spiritually healthy that they did not need a physician (Mt. 9:1013). But let us watch that we not fall into whatever “sin that so easily entangles” us (Gal. 6:1; Heb. 12:1). And remember that the Pharisees’ attitude called forth from our Lord not praise, but a rebuke.