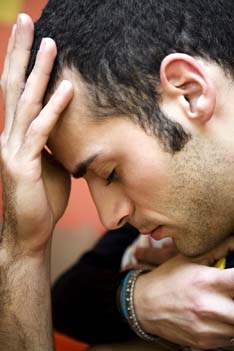 BROKENNESS Part 1 Introduction If something is broken, we take it back to the shop. We want it fixed or exchanged for a good one. We associate ‘broken’ and ‘brokenness’ with disadvantage, weakness, imperfection, deficiency and failure. But God values brokenness. Our society rewards the self confident, the assertive, and the dominant. But our God is attracted to and blesses the weak, the brokenhearted, the humble in spirit. Employers and work agencies seek and recruit visionaries, the goal setters and the driven. But the Lord of the universe seeks and recruits those who, because something ‘broke’ inside them, are now aware of the shallowness and futility of their own dreams, are painfully persuaded of their own sinfulness, weakness or inadequacy. Their breaking experience has slowed them down to the point where they are willing to take the time to listen, to follow, to obey. Action and faithfulness are important and necessary Christian qualities. But it is brokenness that renders both useful. There are those lovely Christians who suggest we should dream big, plan carefully and work hard – without forgetting to ask the Lord to bless our project. There are also those lovely Christians who suggest we should read more, stand firm and change nothing – and remember to thank the Lord for peace and comfort. Those who have not been broken hold on to their own noble plans. Their sense of success depends on productivity – or at least on some good statistics. Those who have not been broken fight to remain in their comfort zone. Their sense of success depends on feeling they are faithful, that they hold ‘the truth’ or at least some evidence to show that they have not changed.

We are like wild horses. Our usefulness to our Owner requires that something break within us. Sometimes He breaks something we cherish in order to break a harmful dependence or expose a sinful behavior. Other times we are called to do the breaking ourselves. We find in the Bible a number of interesting pictures or figures that illustrate how our loving Father breaks controlling ambitions, misplaced affections, unhealthy dependencies and strong wills, and uses what is broken to achieve His good and perfect purposes.

A Personal note
As I look back on life’s journey, I see a number of milestones. Sometimes they point to new insights, satisfying achievements and joyful moments. But there are also those milestones with blood on them, where the Lord broke something I valued, and in doing so broke something within me. Five such milestones come to my mind.

1. In 1984, as a university student in London, I felt the Lord calling me to the mission field. I was willing to go, but under certain conditions. After a painful struggle, the Lord changed my heart. He made me willing to go without conditions. Something broke. There is no surrender without brokenness. After much preparation, we left secular employment and went to Colombia in 1992.

2. In 2003 an international division polarized the Christian congregations we were serving in Colombia. I became disillusioned with brothers I valued and respected. It was my first close encounter with religious politics. It destroyed my idealistic view of Christian fellowship. A supportive network was broken. I could no longer lean on it. I felt unprotected and lonely. The breaking process exposed a weakness in my heart: I wanted to serve the Lord and depend only on Him – and I thought I was. But through this crisis I discovered that my heart was not really true to that goal. Unconsciously, I was relying “on the flesh.” Again and again, I had to learn what Jeremiah affirmed: “Cursed is the one who trusts in man, who depends on flesh for his strength … But blessed is the man who trusts in the LORD, whose confidence is in Him” (Jer. 17:5-7NIV).

3. In 2007 we moved from Colombia to Holland. For 15 years we had served the Lord as full-time missionaries in Colombia in evangelism, Bible teaching, coaching, leadership training, counseling, problem-solving and helping to form new Christian assemblies. Now it was time to “let go” and say goodbye to our Colombian friends. In moving to Holland we discovered that it was easier to go to the mission field than to leave it. We no longer felt useful, needed or productive. We knew that our self-worth did not depend on what we did but on who we are – children of God. Yet, the transition was painful. As our external sources of worth broke, we discovered that our sense of self-worth was not so Christ centered as we had thought.

4. At the beginning of 2009 my wife experienced a burnout. My enthusiastic partner in life’s adventures said, “I just cannot go on any more.” A few weeks rest did not help. I canceled ministry commitments to provide more support to my wife and four children at home. I asked, “What is the Lord doing with us?” When some things break, we have no alternative but to stop. During the months that followed, my Scripture meditations focused on broken things and brokenness. And I noticed that our Father uses what is broken for His purposes.

5. In April 2010, our 15-year-old son underwent complex heart surgery. His heart was opened and reconstructed. His recovery did not go as smoothly as expected. There were frustrating setbacks and complications. During that time I realized again that the Lord was busy in my heart, again breaking something.

I share these milestones of brokenness from a context of weakness and reflection, as one who is still chewing on them and trying to swallow and digest them. It is good to know that it is our loving and gracious heavenly Father who places the milestones along life’s journey.

Evidences of Transformation
We often feel attracted to the spontaneity, sincerity and energetic enthusiasm of the apostle Peter. From the beginning the Lord had great plans for his life, but to reach them Peter had to be broken. Notice Peter’s change from a young energetic disciple who followed Jesus in Judea, to a more Christ-like Peter who wrote his first letter three decades later. In it, the once impulsive Peter now encouraged believers to be sober and self-controlled (1:13). The one who argued about who was the greatest, now urged others to “live in harmony with one another; be sympathetic, love as brothers, be compassionate and humble” (3:8), and “humble yourselves, therefore, under God’s mighty hand” (5:6). The one who once was somewhat independent and rebellious, now urged others to “submit yourselves for the Lord’s sake to every authority instituted among men” (2:13). The one who carried a sword and used it, now said “do not repay evil with evil … but with blessing” (3:9), and “show proper respect to everyone” and even encouraged others to act with “gentleness and respect” (2:17; 3:15). The one who swore and cursed when afraid or frustrated, now encouraged more careful talk (2:1). The one who was afraid and ashamed of being identified with Jesus, and who denied the Lord in order to avoid suffering, now said “rejoice that you participate in the sufferings of Christ … If you suffer as a Christian, do not be ashamed” (4:13,16). The self-confident “yes, I can!” man, now encouraged others not to rely on their own soul power but to operate “with the strength God provides” (4:11). Peter’s transformation is undeniable. How did the Lord achieve it?

Breaking Confidence In Talents And skills
When the Lord first called Peter, He challenged and broke Peter’s pride. He had been fishing all night and caught nothing. But after following Jesus’ instructions his men rapidly filled two boats with fish. What did this do to Peter’s strong and carefully cultivated “Yes, I can!” image? Peter’s strange reaction suggests that something inside him had begun to break. He did not say, “Thank you, Jesus, for blessing my fishing trip.” He looked at Jesus and said, “Go away from me, Lord; I am a sinful man!” (Lk. 5:8).

Later Peter’s creative suggestion on the Mount of Transfiguration was rapidly dismissed. His various attempts to defend the Lord were ineffective. In fact, on one occasion, after Jesus listened privately to Peter’s well-thoughtout strategy to advance the kingdom, He turned to him and said: “Get behind Me, Satan! You are a stumbling block to Me; you do not have in mind the things of God, but the things of men” (Mt. 16:23). Can you imagine how such words cut through Peter, and what they must have done to his leadership skills? On another occasion, Peter disagreed with what Jesus was doing. “No,” said Peter, “you shall never wash my feet.” Peter’s strong ideas got in the way of the Master’s plans. Jesus answered, “Unless I wash you, you have no part with Me” (Jn. 13:8). He offered no room for negotiation. Peter’s well-intended strong will had to break.

Breaking Confidence In Willpower
Hours before Jesus was crucified, Peter was afraid and denied his Lord three times. When he became aware of what he had done, something inside him broke. He became deeply disappointed with himself, and it hurt: “He went outside and wept bitterly” (Lk. 22:62).

Later, when the resurrected Christ met Peter and wanted to restore him and entrust him with the care of His sheep, He looked Peter in the eye and asked, “Do you truly love me?” The answer was a genuine and nearly automatic: “Yes, Lord.” But when he was asked the same question for the third time, something inside Peter broke. He replied, “Lord, you know all things; you know that I love you” (Jn. 21:17).

In Acts, Peter was threatened (Acts 4:21), flogged (Acts 5:40), chained and imprisoned (Acts 12:3-5). And the apostle Paul even publicly opposed and corrected him (Gal. 2:11). What do you think that did to Peter’s ego as a respected church leader? All these painful events, and probably many more, were used by the Lord to transform Peter, to turn him from an impulsive fisherman into an inspired fisher-of-men, and then into a gentle shepherd of souls.

The Scriptures describe many situations where men and women of God were broken by Him. We’ll look at a few of them. Sometimes the breaking is short-lived. Sometimes rather than heal, mend, fix or repair the broken one, our Lord may choose to keep them broken. The reality of His work is magnified when it comes through broken vessels.

Do you sense the Lord is breaking something in your life? How are you responding?