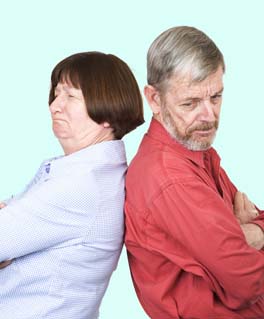 About Numbers 11 A Case Study In Complaining Complaining is so common these days that it’s almost a way of life for many people. Just about everybody complains. And why not? There’s so much to complain about: politicians, traffic, taxes and troubles of all kinds! But the fact that it’s so common does not make it right. The Bible comes down hard on the sin of complaining. It teaches that complaining is wrong for Christians. God presents us with a case study in complaining in Numbers 11. We not only observe the complaining of the Israelites, we also gain insight as to the reasons behind their complaining. Furthermore, we see the tragic consequences that came to Israel because of their complaining. Of course, all this has application for us today. 1 Corinthians 10:11 says that the things that happened in the lives of God’s people more than 3,000 years ago “were written down as warnings for us.” The background for Numbers 11 is the journey of Israel in the wilderness. God used Moses to bring them out of slavery in Egypt. They had been to Mount Sinai where the Ten Commandments were given, and now they were moving out towards Canaan where the country of Israel is located today. But they complained all along the way. Because of their grumbling God disciplined them severely. Some actually lost their lives! Numbers 11 is shouting to us that God does not appreciate complaining. And 1 Corinthians 10:10 exhorts us: “Do not grumble as some of them did – and were killed by the destroying angel.”

Complaints About Everyday Problems
We see a couple of different areas of complaining in Numbers 11. In verse 1 the people were complaining about the “hardships” of the trip. It wasn’t a single problem like a famine, an epidemic or a new Pharaoh chasing them. It was just normal complaining about the nitty-gritty hardships of living and traveling in the wilderness – lugging tents, same old scenery, hot days, etc. If it weren’t for what the Bible teaches here, we might be inclined to say that this was legitimate complaining! But this verse tells us that this “griping” angered the Lord and His fire “consumed some of the outskirts of the camp.”

It is significant that the discipline of the Lord was more active near the outskirts of the camp. Most likely this involved the stragglers, “the rabble” (11:4) who were out of order. God had commanded Israel to camp and march in a very precise arrangement (Nu. 2,10). Probably those on the fringes of the camp were not where they belonged and were voicing their discontent in actions as well as words. It seems that in any Christian fellowship or ministry there are always the stragglers or tag-alongs. Often the loudest and sharpest complaints come from the fringe group.

Are we where we belong in reference to the Lord’s people? Or are we possibly on the “outskirts of the camp” complaining and thus asking for the heavy hand of God’s discipline? Notice also in Numbers 11:2 that God stopped the fire of discipline in answer to Moses’ prayer. The prayers of God’s faithful people for the stragglers of today may have a lot to do with His tolerance of complainers.

Complaints About Being Dissatisfied
In Numbers 11:4-10 we see that the Israelites also complained about the food God had given them. The Lord miraculously provided a daily supply of manna – free bread from heaven! When it was first given, the people were very thankful and enjoyed it. They said it “tasted like wafers made with honey” (Ex. 16:31). But they began to take the manna for granted and grew tired of it (11:6). No longer did it have that sweet taste of honey. Now they complained that it had a bland taste of cakes baked with oil (11:8). Of course the manna itself had not changed; their appreciation of God’s provision had changed.

But surely Israel should be excused for this complaining! After all, manna flakes for breakfast, manna sandwiches for lunch and manna burgers for supper are not all that appetizing! Yet we read that “the LORDbecame exceedingly angry” (11:10). Why? Because the people were not thankful for His gifts. It’s true that the manna was not steak or lobster, but it was good and nourishing food for the demanding journey. Rather than thank the Lord for His daily provision, they complained and longed for the spicy foods of Egypt (11:5).

Are we content with what God has provided for us? There are many practical ways in which this could be applied, but let’s think of the spiritual provision that God has made for us in Christ. In John 6 Jesus spoke of the manna, and then went on to show that He is “the true bread out of heaven” (Jn. 6:32). As the manna was God’s means of maintaining the physical life of Israel, so Christ is the way in which the believer’s spiritual life is sustained. We must feed on Him. He is not only the source of our spiritual life, He is the food for that life.

Are we satisfied with Christ, or are we complaining about being unfulfilled? God’s Word teaches that all we need for complete and total fulfillment is found in Christ. But the problem with many of us is that we still desire “the leeks, onions and garlic” of our former lives (11:5). The people of Israel complained of being unfulfilled because they began to long for the things of Egypt from which they had been delivered.

God’s Reaction To Complaining
The Lord’s reaction to Israel’s complaining about His provision teaches another important lesson. In 11:18-20, God told Moses that He would give the people meat to eat. He would give them exactly what they craved and in such abundance “until it comes out of your nostrils and you loathe it.” And that’s exactly what happened, and in greedy hoarding of the meat they experienced God’s heavy hand of discipline once again (11:31-35).

The Christian whose soul whines for the things of this world may get his wish. But God may grant the request in such a way that His fatherly discipline is included. What kind of father would God be if our unchecked cravings did not bring serious consequences? Let’s not think that just because God has allowed us to have our hearts’ desires that we have His approval. This lesson is summarized for us in Psalm 106:14-15: “In the desert they gave in to their craving; in the wasteland they put God to the test. So He gave them what they asked for, but sent a wasting disease upon them.”

The sin of complaining was one reason why Israel wandered in the wilderness for forty years. It took only a few hours to get the people out of Egypt, but it took forty years to get Egypt out of the people. Is it possible that we are wandering in the wilderness of Christian living because of the sin of complaining? We may have it all together in the areas of doctrine and commitment, but we go on griping just the same.

Complaining, of course, is just the surface symptom of a much deeper problem – discontent. This is why the Bible so strongly condemns complaining. The grumblings of complaint are evidence that we are dissatisfied with the way God is letting life come at us. The solution to this problem is to recognize our sin and then acknowledge that our heavenly Father always knows what’s best for us – even down to the little problems He allows us to face.