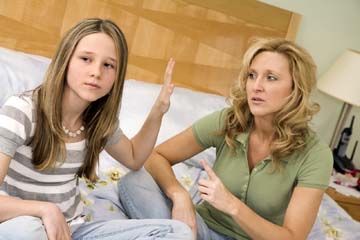 Wayward Children Part 1: Backslidden And Rebellious
“I rejoiced greatly that I have found some of your children walking in truth.” 2 John 1:4 NKJV
Some of our Children As a father of grown children, this verse is becoming more and more meaningful to me. Most readers know of a family where one, several, or all of the children have left the Christian path of their upbringing. No doubt all parents wrestle in prayer over their children’s choice of paths. But how do we, as observers, react to these situations? What is our attitude towards these children and their parents?

The Apostle John wrote, “I rejoiced greatly that I have found some of your children walking in truth” (2 Jn. 1:4). did the elect lady have wayward children as is possibly suggested by the fact that John used the words “some of” in front of “your children”? If so, it appears that the aged apostle did not negatively dwell on the wayward children, but rather indicated his thankfulness that some of her children were walking in the truth. He criticized neither the mother nor her children who were not walking in what Peter referred to as “holy conduct and godliness” (2 Pet. 3:11).

Generally, it does no good to shun, snub or criticize the parents of wayward children. Aren’t they already hurting and agonizing over their children, pleading with the Great Shepherd to search them out and return them to the fold on His shoulders (Mt. 18:12)? It appears that all too often some of our brothers and sisters in Christ (especially those so-called “spiritual ones” who don’t have wayward children) blame the parents of backslidden and rebellious kids, suggesting flaws in their up-bringing. While this may be true sometimes, it is not always the case. Thankfully, John may have realized this and added his own prayers to those of the elect lady to commit to the Lord any who were “not walking in truth,” requesting that He would bring them back to Himself for His honor and for their blessing.

“Demas has forsaken me, having loved this present world.” 2 Timothy 4:10

Having Loved This Present World
No doubt there are a number of cases where children have made decisions to leave, or by simple neglect have strayed from the separated path. The allurements of the world are very strong while the “narrow” way does not always seem so attractive (Mt. 7:13-14). This is especially true where some may have followed their family’s biblical faith for a time but have never really made that belief solidly their own.

Some children may have been satisfied with being saved only, without ever realizing the lordship of Jesus Christ. others may not have understood or appreciated the blessings of a sustained personal relationship with the Lord. This only comes with conviction, submitting to the Word of God and a personal prayer life.

There are those who enter institutions of higher learning without a strong faith, and have their weak faith challenged and choked. others who have not purposed in their hearts not to be defiled (Dan. 1:8) yield to temptation and fall away. Some may have been led astray “through philosophy and empty deceit, according to the tradition of men, according to the basic principles of the world, and not according to Christ” (Col. 2:8). These include many who had not learned to sanctify the Lord in their hearts and were not ready and able to give an answer to everyone who challenged them about their faith (1 Pet. 3:15). The reality that these children have left the faith taught them from their youth (2 Tim. 3:15) hurts the parents deeply.

Many young people rebel against biblical principles once they’ve reached adulthood and feel that they can make their own decisions. others entrapped by worldly philosophies say that there are no moral absolutes, and such things as living together before marriage are considered acceptable. They may be beyond their parents’ influence, so the parents pray. Isn’t this what the father of the prodigal son most likely did (Lk. 15:12,20)? Each parent would sincerely appreciate the understanding, support and prayers of their brothers and sisters in these cases.

What Can We do?
Due to the persistent attraction of the world, lack of solid Bible teaching and a weak personal relationship with the Lord, some children have drifted into the world and away from the Christian faith. What can we do for these backslidden and rebellious children and their parents? Here are a few suggestions:

• We should “pray without ceasing” (1 Th. 5:17) before humbly letting the parents know that we are praying for them and their wayward children. “The effective, fervent prayer of a righteous man avails much” (Jas. 5:16).

• We should genuinely support those who are hurting, feeling for them rather than criticizing them. “Bear one another’s burdens, and so fulfill the law of Christ” (Gal. 6:2).

• We shouldn’t immediately presume that the parents are at fault, but should take their plight to the Lord. “His disciples asked Him, saying, ‘rabbi, who sinned, this man or his parents?’” (Jn. 9:2).

• If we have wayward children, we should share this fact and pray together with others in similar situations so that we/they don’t feel so alone. In this way, “we may be able to comfort those who are in any trouble, with the comfort with which we ourselves are comforted by God” (2 Cor. 1:4).

• Sometimes what we call “sharing” is really gossip. We should not gossip about incidents of waywardness and so stir up strife. Paul says those who do so “are gossips and busybodies, saying things which they ought not” (1 Tim. 5:13).

• We should be careful not to think more highly of ourselves compared to the parents of wayward children. “The Pharisee stood and prayed thus with himself, ‘God, I thank you that I am not like other men’” (Lk. 18:11). Humbly thank the Lord daily for children who are following the Lord.

• If we do not have children, we should be careful when approaching parents of backslidden or rebellious children, as it is difficult to understand and empathize with their situation. remember that Jesus, our “high priest” is the only one who has been “touched with the feeling of our infirmities” because He has been “in all points tempted as we are, yet without sin” (Heb. 4:15). If we feel that the fault is with the parents, we should approach them very carefully “in a spirit of gentleness” (Gal. 6:1).