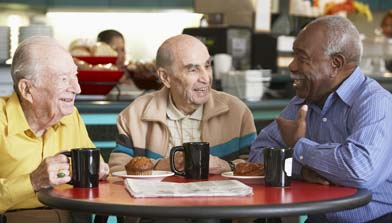 LIGHT In The Community “Children of God ... in the midst of a crooked and perverse generation ... you shine as lights in the world.” — Philippians 2:15 My wife and I were out for a walk one day when it began to rain. We went into a restaurant until the shower passed, and overheard two grouchy old men at the next table complaining about the weather, their favorite baseball team, their health and anything else they could think of. We began to listen with interest when one of them said, “This town used to be fun. You could drink in the streets, smoke anywhere, and buy porn magazines in any store. But not anymore. The churches ruined all that when they got active, and now they’re in the streets passing out little papers and telling everybody “You gotta be saved!”

As I heard this, I was reminded of Jesus’ words: “This is the condemnation, that the light has come into the world, and men loved darkness rather than light, because their deeds were evil” (Jn. 3:19 NKJV). These two men were identifying themselves with the darkness of this world. They were angry at the light that restricted their evil activities, and revealed them to be lovers of darkness.

I was also reminded of the verse above, and these two men were reinforcing that truth. When Christians let their light shine before men, it not only identifies the bad, but also has an impact for good. A young family sitting nearby smiled as these men complained about the influence of Christianity in their community. The very restrictions that hampered their preferred lifestyle made it a better place for this mom and dad to raise their children.

What interested me most, however, was that the complaints of these two men not only proved the power of an active Christian testimony in the community, but also presented the gospel in all its simplicity to those who were listening: To overcome evil “You gotta be saved!”