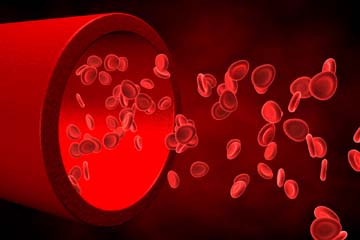 The Power Of The BLOOD FROM GENESIS TO REVELATION In The Old Testament “The voice of your brother’s blood cries out to Me from the ground” (Gen. 4:10 NKJV). That’s what God told guilty Cain right after he had murdered his brother Abel. This is the first time blood is mentioned in the Bible. The first mention of a subject in Scripture is often a significant indicator of the meaning it will have in subsequent passages. “You shall not eat flesh with its life, that is, its blood” (Gen. 9:4). That’s what God told Noah when he had come out of the ark. This is the second time blood is mentioned in the Bible. God went on to say He would require man’s lifeblood from the hand of every man who would shed it. Thus God instituted capital punishment early in man’s history, and He has never repealed it! God immediately explained His divine reason for ordaining capital punishment: “Whoever sheds man’s blood, by man his blood shall be shed; for in the image of God He made man” (Gen. 9:6).

Leviticus 17:11 defines life as being in the blood: “For the life of the flesh is in the blood.” It also says that mankind was not to eat the blood of any animal, “for it is the life of all flesh. Its blood sustains its life” (17:14). And God pointed forward to the blood of the Lord Jesus Christ and its value when He said of blood: “I have given it to you upon the altar to make atonement for your souls; for it is the blood that makes atonement for the soul” (17:11).

In Genesis 37 Joseph’s brothers dipped his coat in the blood of a goat and presented it to their father. Jacob mourned for his son when he saw this seemingly powerful evidence. His sons wanted him to suppose that this blood was proof of the death of his beloved son, Joseph.

The above verses have established six important principles from God’s Word:

In the book of Exodus we read of blood on several occasions. Best known, no doubt, is the blood of the Passover lamb mentioned in Exodus 12. After the lamb was killed on the 14th day of the first month, its blood had to be applied to the lintel and the two doorposts of each Israelite family’s house. This blood was a sign, bearing witness that the lamb had been slain. God told His people: “Now the blood shall be a sign for you on the houses where you are. And when I see the blood, I will pass over you; and the plague shall not be on you to destroy you when I strike the land of Egypt” (Ex. 12:13). On that night, when God saw this blood applied in faithful obedience to His command, He spared the life of the oldest son in those houses. He slew all the firstborn in Egypt and delivered Israel from their bondage. This deliverance was to be commemorated each year, with special stress being placed upon having the children learn why this was being done (Ex. 12:26-28).

Earlier all the waters of Egypt had been turned to blood (Ex. 7:14-21). The mighty River Nile which the Egyptians worshiped and regarded as the source of life was turned to blood, stank, and was undrinkable. So God dealt in judgment with Egypt and with the gods of Egypt.

Except for the grain offering, blood was vital to the sacrifices God commanded His people to bring. The sacrifices each spoke of a different aspect of that great sacrifice, Christ, whose blood would be shed on the cross at Calvary. The grain offering (also called meal offering, food offering or oblation depending on the translation used) depicts Christ’s holy life which glorified God but which could not save us (Lev. 2:1-16; 6:14-23).

The blood of the animals, offered as sweet aroma sacrifices, was sprinkled on the altar, and in the case of birds it was drained out at the side of the altar. The blood of the non-sweet aroma sacrifices was to be sprinkled seven times before the Lord in front of the veil of the sanctuary. It was also to be put on the horns of the incense altar and the rest was to be poured out at the base of the altar of burnt offering. There were still other regulations with regard to specific sacrifices, such as the consecration offering or the offering on the great Day of Atonement. God’s commands were very explicit as to what was to be done with the blood, for the blood was a most important component of the sacrifices. Indeed, Hebrews 9:22 tells us: “According to the Law almost all things are purified with blood, and without shedding of blood there is no remission.”

In The New Testament
What we find in the New Testament is in full harmony with what we have been looking at in the Old Testament. Yet there is a most important difference. Throughout the Old Testament we read of many sacrifices – hundreds of thousands of them. Again and again it was necessary to bring more. “The Law … can never with these same sacrifices, which they offer continually year by year, make those who approach perfect … But in those sacrifices there is a reminder of sins every year. For it is not possible that the blood of bulls and goats could take away sins,” we read in the opening verses of Hebrews 10. The chapter goes on to show that “by one offering He has perfected forever those who are being sanctified” (Heb. 10:1-4,14). And in 10:19 we find that we now have “boldness to enter the Holiest by the blood of Jesus.” What power there is in the blood of our Lord Jesus Christ!

Other New Testament portions agree fully with this. Peter tells us that we have been “redeemed … with the precious blood of Christ, as of a lamb without blemish and without spot” (1 Pet. 1:18-19). John tells us that “the blood of Jesus Christ His (God’s) Son cleanses us from all sin” (1 Jn. 1:7). Paul speaks of “Christ Jesus, whom God set forth as a propitiation by His blood, through faith, to demonstrate His righteousness” (Rom. 3:24-25). And he speaks of our “having now been justified by His blood, we shall be saved from wrath through Him” (Rom. 5:9). In Ephesians he goes on to say that “in Him we have redemption through His blood, the forgiveness of sins” (Eph. 1:7). And furthermore that “now in Christ Jesus you who once were far off have been brought near by the blood of Christ” (Eph. 2:13). To the Colossians he also writes of this “redemption through His blood” and points out that the Lord Jesus has “made peace through the blood of His cross” (Col. 1:14,20).

The Revelation celebrates the Lord Jesus “who loved us and washed us from our sins in His own blood” (Rev. 1:5), and adds to this present song the new song we shall sing together to His praise when we surround the throne in the midst of which we see the Lamb standing “as though it had been slain” (Rev. 5:6). What a song that will be: “You are worthy to take the scroll, and to open its seals; for You were slain, and have redeemed us to God by Your blood out of every tribe and tongue and people and nation, and have made us kings and priests to our God; and we shall reign on the earth” (Rev. 5:9-10).

The Revelation also shows us in various passages that the blood of the countless martyrs that has been shed down through the centuries will be avenged. While still exercising longsuffering at present, God is just. He will deal too with those who shed the blood of His only-begotten Son.

Another aspect of the power of the blood is seen in Revelation 12:11 where we read of saints overcoming Satan “by the blood of the Lamb and by the word of their testimony, and they did not love their lives to the death.” Here we see the basis for believers invoking the blood of Jesus against demonic powers. But the other phrases of this verse show us how important it is for us to have our lives in godly order should we ever be directly confronted by satanic hosts! “The blood of Jesus” is not a magic phrase we can use to command demons at our pleasure.

When we think of the power of the blood of our Lord Jesus Christ and how precious it is to God, we certainly will not want to drink of the cup that represents His blood in an unworthy manner (1 Cor. 11:27). Our salvation and all God’s plans for the future are secured by that precious blood, shed once for all on Calvary’s cross. It “speaks better things than that of Abel” (Heb. 12:24)!