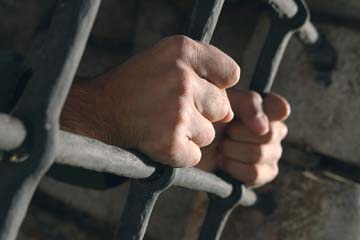 Lost And Found For Christ “Whoever loses his life for My sake will find it.” — Matthew 10:39 When Jesus sent His disciples out as ministers of the Gospel, He not only told them what to do and empowered them with the authority to do it, He also gave them a clear description of the cost: Christ was clear that being a disciple came at a high cost. Those who followed Him placed friendships, comfort and even their own lives at risk. In short, He honestly prepared them for the journey they would face.

Today’s churches so often avoid this discussion. The authority to minister in Christ’s name is promised. And the benefits are celebrated. But the costs are hidden. The result is that we proclaim a half-truth. As a Christian who lived through the communist persecution in Ethiopia, I know the problems with this approach.

From 1974 through 1991 the churches throughout my country were forced underground by government persecution. Pastors and other Christian leaders were routinely beaten and thrown in jail. Some even faced death. Others died. It was a difficult time to identify with Christ. But those who had studied Christ’s call were not surprised. Some even thrived in spite of the trials.

One particular friend of mine was dragged into a government office and grilled by a communist cadre officer who was an outspoken atheist with a particular dislike for Christians.

“Deny Christ or die,” he demanded.

“Then I will die,” replied my friend.

“If you deny Christ, I will release you right now. You’ll be out of prison in just a few minutes. It is that simple.”

“It is very simple,” my friend responded. “I will never deny my Savior.”

Furious, the officer dragged my friend to a field where many Christians had previously lost their lives. “These are your last moments on this earth,” he said, raising a pistol to his head.

“These might be my last moments here on earth, but I will soon begin my joyous life with Christ in heaven.”

The officer was incensed and pulled the trigger. But the gun didn’t fire. He tried a second time without success.

Looking into the peaceful face of his prisoner – who was singing the praises of God – he lost his nerve and started to weep. “Who is this Christ that you follow? Who do you love so much that you do not even fear death? Tell me about Him.” My friend, who just moments before was waiting to draw his last breath, led this man to the Lord.

This story is powerful in its own right, but I share it with you to make this point: When we identify with Christ, we stop living for ourselves. Part of our call is to lose our lives in Christ.

It is only when we count the cost – and count our life as lost in Christ – that we are able to serve Him with the boldness, joy and power that He promises.

Have you lost your life in Christ? Have you so identified with Jesus in His life, death and resurrection that others ask you, “Who is this Christ that you follow? Who do you love so much that you do not fear death? Tell me about Him.”

May God grant us a courage that matches the hope that is within us. May we so lose our life in Christ’s that others are drawn to Him. Amen.

ABOUT THE AUTHOR:
Ermias Mamo, an Ethiopian, has a burden to share Christ’s love with the nomadic tribes in Southwest Ethiopia. From Hope For A Despairing World, CISF, 2003. Used by permission.