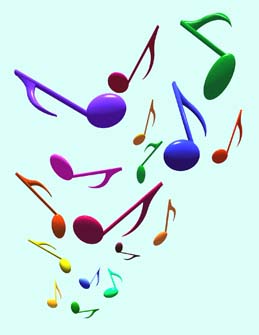 LESSONS FROM ZEPHANIAH When God Sings There was a time when people used to take God’s judgment of the world seriously, and even sang hymns about it. One of these was the Latin hymn “Dies Irae” (Day of Wrath), thought to be written by Thomas of Celano, circa 1250 AD. It is based on Zephaniah 1:15-16 in the vulgate Latin translation of the Bible. The New King James Version of these words in English reads: These grimly poetic verses on the Day of the Lord have often been set to music. Versions have been incorporated into the requiems composed by Mozart, Verdi and others, and are well-known in classical choral music. They relate to a sad period in the history of God’s earthly people, the Jews, in seventh century BC.

Zephaniah prophesied during the reign of good king Josiah, about the same time as Jeremiah (circa 626 BC), and was totally uncompromising in his black and white views of the wayward behavior of the Jewish nation. He took the matter of God’s judgment on sin very much to heart, particularly the sin of idol worship. His prophecy is a terrifying message of impending doom for the people of Judah. They had turned away from following the Lord, and the inevitable result was that the spiritual void had been filled up by idolatry.

God had revealed to Zephaniah that judgment was soon to come on Judah in the form of the Babylonian captivity, and calls on them to repent. But it was too late. The city of Jerusalem would be plundered, and the wealth of its merchants confiscated. The temple would be destroyed, the priesthood dispersed, and the worship of Jehovah severely interrupted.

But Zephaniah saw the menacing armies already being gathered together around the city of Jerusalem in his own day as a symbol of a much greater Day of the Lord, yet to come, affecting not only Jews, but the Gentile nations as well. There will be a fierce battle, not just with Babylonia, but involving all the nations of the earth. Just as history demonstrates that Assyria, Cush (Egypt), Moab, Ammon, and Philistia – surrounding Judah on the north, south, east and west in Zephaniah’s day – have all vanished and gone, so his prediction will be fulfilled in the great and terrible Day of the Lord. The arrogant nations attacking Israel will once again be completely destroyed, prior to the introduction of the Kingdom.

A faithful Jewish remnant will be delivered through it all and enter Messiah’s glorious millennial reign. And when that event takes place, it will be a time of great rejoicing. The dark tempestuous clouds of battle will finally be lit up with brilliant light as seen in Zephaniah 3:14-15.

The State of Israel was founded on May 14, 1948, but that significant event was not the ultimate promise referred to here, when the Lord gathers His people again and restores their fortunes. The fulfillment of that promise must wait until the “end times”. Only then will the Jewish nation be able to relax, free from the attacks of the enemies around her borders. No more will her people be dispersed and subject to constant threats, discrimination and intimidation. Only then will the Lord, the King of Israel, be welcomed into the midst of a cleansed and rejuvenated nation. And then they will sing and shout for joy!

Not only will His people sing for joy, but God will too, as seen in Zephaniah 3:17:

In these poignant verses God Himself is seen as crooning quietly over His wayward, earthly people, calming their fears, cradling them in His love, a love too great for words. Were they punished for their waywardness? Yes! But now they will be forgiven and restored. God’s earthly people will be His delight as they will be now unified and ready to enter His glorious Kingdom of the Christ, the Messiah, the Son of His love (Col. 1:13). His own people will be brought home. And God sings!

Three lessons for our day can be learned from this prophetic canvas: