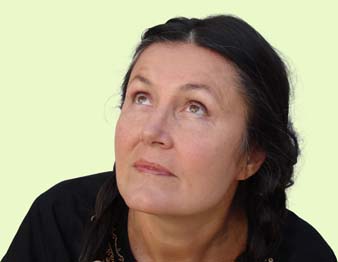 PSALM 38 The Penitent’s Plea Psalm 38 could be called “The Penitent’s Plea.” It is the cry of a man who is distressed and broken-hearted because of his sin, and who comes to God acknowledging his guilt and looking to Him for forgiveness. Conviction Over the first four verses of Psalm 38 we might write the word “conviction.” We have the expression here of the convicted soul of a man who is not trying to make excuses for his sins. As long as you find a person endeavoring to excuse his sins and failures, you will know that the plowshare of conviction has never gone in deep enough. When King Saul was confronted by Samuel about his sin he said, “I have sinned; yet honor me now, I pray thee, before the elders of my people, and before Israel” (1 Sam. 15:30 KJV). In other words he said, “O yes, I have done wrong, but make something of me in the eyes of the people.” There is no evidence here of real conviction.

When a man is truly convicted he stops making excuses and seeking honor for himself. And so in these four verses we listen to David, the psalmist, pouring out the feelings of his heart, which is broken because of his sin. Consider these words: “O LORD, rebuke me not in Thy wrath; neither chasten me in Thy hot displeasure. For Thine arrows stick fast in me, and Thy hand presseth me greatly.” What a mercy it is when one falls into sin – and such sin as David fell into – that God does undertake to deal with him, that the sharp arrows of the Almighty do pierce his soul, and that the hand of God is heavy upon him, making him feel the weight of his guilt. He continues: “There is no soundness in my flesh because of Thine anger; neither is there any rest in my bones because of my sin.” He realizes he is righteously exposed to the anger of God.

Sin demands punishment. We may try to excuse it, but God is “of purer eyes than to behold evil” (Hab. 1:13). God is never going to save a sinner and leave that sinner’s sin unpunished. If He does not punish the sinner, He must punish the sinner’s Substitute. And that is what took place at Calvary. At the Cross the Lord Jesus bore the judgment. An old hymn by John Gambold (1711-1771) says, “He bore on the tree the sentence for me, and now both the Surety and sinner are free.” It is the voice of a convicted sinner that says, “For mine iniquities are gone over mine head; as an heavy burden they are too heavy for me.”

Humiliation
Over verses 5-14 we may write the word, “humiliation.” As he continues looking into his own heart, dwelling upon the sin that has crushed his life, he is bowed down before God in a sense of deepest humiliation. “My wounds stink and are corrupt because of my foolishness. I am troubled; I am bowed down greatly; I go mourning all the day long. For my loins are filled with a loathsome disease: and there is no soundness in my flesh. I am feeble and sore broken: I have roared by reason of the disquietness of my heart.” Although he feels in his body and in his spirit the effects of his sin and knows that God is dealing with him because of that sin, he realizes that there is no one else to whom he can turn for deliverance but to the very God that is afflicting him.

But now David, because he knew that he deserved what he was receiving, and Jesus, because He was taking our place and was accepting the judgment due to our sins as though He had deserved it, could use the words of the next two verses, “But I, as a deaf man, heard not; and I was as a dumb man that openeth not his mouth. Thus I was as a man that heareth not, and in whose mouth are no reproofs.” It is a great thing to come to the place where you have no fault to find with anybody but yourself.

Many of us spend much of our time finding fault with other people. We can see other people’s faults and magnify their sins while we are so unconscious of our own faults and sins. When people accuse us we get indignant and forget that if our worst enemies knew all that we know about our own hearts and the sins of our own lives, they would say far worse than they do say. David here bows his head before God and has nothing to say because his own conscience is accusing him worse than any of them.

Confession
In verses 15-20 we have his confession: “For in Thee, O LORD, do I hope: Thou wilt hear, O Lord my God. For I said, ‘Hear me, lest otherwise they should rejoice over me: when my foot slippeth, they magnify themselves against me. For I am ready to halt, and my sorrow is continually before me. For I will declare my iniquity; I will be sorry for my sin.’” And you know what God says elsewhere? “He that covereth his sins shall not prosper: but whoso confesseth and forsaketh them shall have mercy” (Prov. 28:13).

David says he will not try to cover it up: “I will declare my iniquity; I will be sorry for my sin. But mine enemies are lively, and they are strong: and they that hate me wrongfully are multiplied. They also that render evil for good are mine adversaries; because I follow the thing that is good.” Once they blamed him for his sin; now they blame him for turning to God and professing to find in Him forgiveness.

Confidence
In the last two verses he expresses his confidence: “Forsake me not, O LORD: O my God, be not far from me. Make haste to help me, O Lord my salvation.”

From H. A. Ironside’s Studies On The Psalms, Loizeaux Publishers, 1973. Used by permission.