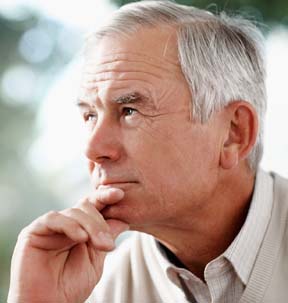 AN OPEN LETTER TO FELLOW BELIEVERS
How Can We Treat His Name So Recklessly?

To the saints and faithful brethren in Christ everywhere: Grace be unto you, and peace, from God our Father and the Lord Jesus Christ (Col. 1:3). I write this open letter to remind us of the privilege that we have to express the name of our Lord and Savior with the loving respect that He deserves. We may note the reverent name that the Father gave His Son, upon His death and resurrection, from the quote in Acts 2:36 (KJV): “Let all know assuredly, that God hath made that same Jesus, whom ye have crucified, both Lord and Christ.” I suggest that, being redeemed by His precious blood, we may be encouraged to not call Him simply “Jesus,” but reverence Him with His appropriate, fuller titles of “Lord Jesus Christ.”

Some years ago, eight of us placed an advertisement to draw attention to the incorrect usage of Christ’s name. We posted the chorus of a revealing 1970’s song:

A Question To Consider
Thankfully, very few believers would use His name as a swear word, but the first question that most of us may never have considered would be: “Are we treating it somewhat recklessly?”

It is expected that a non-Christian would pay no attention to the commandment: “Thou shalt not take the name of the LORD thy God in vain” (Ex. 20:7 KJV). But this brings up a second consideration: What are we, who have been saved by His grace, often doing – without really knowing it? Before answering this question, it may be important to look at the meaning of the word “vain.” In its context, it may be defined as “having no real value, idle and worthless” (Merriam-Webster Dictionary). No Christian could ever consider the name of Jesus2 as having no real value, idle or worthless! Yet we may possibly recognize that the reverent respect due His name has diminished considerably over the last 20 years, to the place where we may be using it in an idle manner.

The Use Of The Word “God”
What do we see in the professing church today? In most conversations the word “God” has almost replaced the blessed name of that One through whom we get to know Him (Jn. 14:6-10). So often we hear statements like, “I want to know God better,” “I want to serve God,” or “Do you know God?” Consider a biblical response to these statements:

These simple examples show that we really ought to be declaring the appropriate name of our Lord Jesus Christ, rather than just using the word “God.” Furthermore, we may realize that using His precious name and titles separates us from many false faith groups who may also claim the name of God – but with a very different meaning!

When We Only Use “Jesus”
Beloved saints, please consider the thought that we may actually be employing the Lord’s name in an idle way by addressing Him in a too-informal manner! Do we often speak the name of our Savior as only “Jesus”? Should we not honor God’s proclamation where He made Him both Lord and Christ and so address Him using His reverent, God given, and appropriate title, “Lord Jesus Christ”?

A simple reason that we may neglect to do so is because the name of Jesus is used about 600 times throughout the Gospels. We automatically get used to that familiarity and identification. But a close examination of the context reveals something often overlooked. While Matthew, Mark, Luke and John may have been the human hands that penned the biographies, holy men of God spoke as they were directed by the Holy Spirit (2 Pet. 1:21)! As the author of the Scriptures, the Holy Spirit, being a co-equal Person in the God-head, has the intrinsic right to use the familiar name of Jesus.

On the other hand, in the Gospels it is rare to find anyone specifically addressing Jesus Christ simply by His redemptive name “Jesus,” which simply means “Savior.” Most persons addressed him as “Lord,” sometimes with another of His many titles and even in the imperative, “Lord, Lord.” We may continue to gain insights into the appropriate ways of addressing Him with these few (of many) examples:

We should never forget the beautiful declaration that Thomas uttered when he recognized his Master had risen from the dead. He did not say, “Jesus, it’s you!” but he said, “My Lord and my God” (Jn. 20:28).

Recognizing Him in but a few of His many glories as creator, teacher, miracle worker, and more, it is no wonder that most of the people in the gospels addressed Him not by his given name of “Jesus” (Mt. 1:21), but as “Lord.”

Furthermore, as we examine the history of Christ’s followers in Acts and the Epistles, the reverent names and titles of the Lord Jesus become the predominant means of speaking of Him who “liveth, and was dead; … [and is] alive for evermore” (Rev. 1:18). This honored the Son and fulfilled the desire of our Father God who, in the Lord’s parable of Luke 20:13, deliberated: “I will send my beloved son: it may be that they will reverence him.”

But Isn’t “Jesus” His Earthly Name?
We know that “Jesus” is the name that He was given at the time of His incarnation. Some of us might think, therefore, that we are able to use it as His personal, earthly identification. That may be a reasonable consideration for its use if we lived over 2000 years ago at the time when He walked this earth. But He has since risen from the dead, been glorified, and is seated at the right hand of the Majesty on high (Heb. 1:3)!

Let’s consider a simple fact regarding earthly leaders. Heads of state may have been called by their first names – “Stephen” (Canada), “Goodluck” (Nigeria), and “Barack” (USA), and possibly by nicknames – before ascending high office. But now that they are prime ministers or presidents of their respective countries, it is not appropriate for us to address them in those ways. Interestingly, these men are but pawns in the hands of the One who ordains all governments (Rom. 13:1). It would be most appropriate that we give to Him the reverence of the names that befit His station.

My Appeal
I ask that we sincerely consider speaking of Him as “Lord Jesus,” “the Lord Jesus Christ,” or preferably as “my Lord Jesus Christ!” This is never “idle,” “in vain” or “reckless.” It is a privilege that we, as believers, now have and a responsibility that we ought to take upon ourselves. In doing so, we claim His lordship over our lives while witnessing to the world around us. It expresses the truth of His greatness to all those who will soon be made to bow before Him and confess that Jesus Christ is Lord, to the glory of God the Father (Phil. 2:11).

ENDNOTES
1. The song’s lyrics (used by permission of the author) and tune can be found at More Than Just A Swear Word.
2. In the KJV, the first mention of His name is JESUS, (written in upper-case letters in Mt. 1:21, 25 and Lk. 1:31; 2:21). Mark starts with “Jesus Christ, the Son of God”, and John notes Him as “Jesus Christ” in his first mention of the name.