Although Scripture encourages and admonishes us to wait on the Lord, it is one of the most difficult things to do! In Psalm 27:14 David states, “Wait on the LORD; be of good courage, and He shall strengthen your heart; wait, I say, on the LORD!” (NKJV). The last sentence, “Wait, I say, on the LORD!” is emphatic! David knew the human heart – his own heart. We are impatient. It is hard for many Christians to wait for the Lord to act on their behalf – to “Stand still and see the salvation of the Lord” (Ex.14:13). Our “old man,” the “Adamic nature” wants to do something 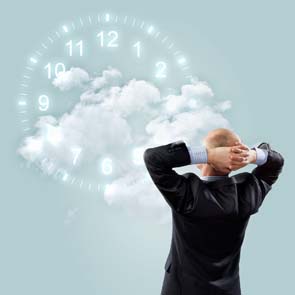 to improve our situation now.

Joseph is a good example of someone who learned to wait on the Lord. His improvement was steady from the pit to the palace. May Joseph’s learned ability encourage our hearts to wait on Him.

Joseph’s Pit Is Our Pitfall
Joseph is introduced to us in Genesis 30:22-24, but we read about his life in chapters 37-50. He was the beloved son of his father, Jacob, and consequently was hated by his brothers (Gen. 37:3-4). Joseph had an interest in his father’s reputation in the land and certainly his father’s character before God. He brought an evil report about his brothers to his father – and combined with the innocent sharing of his dreams and the father’s obvious love for him, Joseph landed in a pit.

In Genesis 37:14 Jacob sent Joseph to seek his brothers’ welfare. In verse 19 he is sarcastically called “a dreamer” by his brothers and by verse 24 he is thrown into a pit. Joseph, being only 17 years old, was now in a horrible situation – his very own brothers had conspired to kill him, stripped him of his coat of many colors and cast him into a pit. This is a type of situation where a godly, righteous person, even a mature believer, might expect God to act immediately!

God could have prevented his brothers from throwing him into the pit or He could have delivered Joseph immediately from the pit. But we see His sovereignty in using Reuben to save his life (Gen. 37:21-22) as He had bigger plans for Joseph.

Often we look for God to deliver us from a situation when He has plans to deliver us through it. We read the difficult but comforting thought of deliverance through a situation in Isaiah 43:2-3: “When you pass through the waters, I will be with you; and through the rivers, they shall not overflow you. When you walk through the fire, you shall not be burned, nor shall the flame scorch you. For I am the LORD your God, The Holy One of Israel, your Savior.”

Joseph was in agony in the pit; he pleaded with his brothers to release him, but they did not. When his brothers came to Egypt to purchase grain they remembered his agony: “They said to one another, ‘We are truly guilty concerning our brother, for we saw the anguish of his soul when he pleaded with us, and we would not hear; therefore this distress has come upon us’” (Gen. 42:21). If Joseph could have climbed out of the pit to deliver himself he would have acted. He cried out to his brothers to no avail. He had to wait for God to act – and so do we! Joseph’s pit is our pitfall. Often we try to act on our own behalf or cry out for others to help when we should wait for God to act.

Potiphar’s Place
God did deliver Joseph from the pit – he was sold to Midianite traders for twenty shekels of silver (Gen. 37:28). Joseph ended up in Egypt, with Potiphar who was an officer of Pharaoh, captain of the guard (Gen. 39:1). God was certainly acting but Joseph did not see it. He was miles away from home and in difficult circumstances. Yet the Lord allowed him to find favor with Potiphar. In fact, He blessed Potiphar’s house for Joseph’s sake! Joseph’s administrative skills coupled with God’s blessing allowed his master to commit everything to him (Gen. 39:4-6). Potiphar recognized that the Lord was with Joseph. This shows that even in a trial an obedient believer can be a blessing to others – displaying God’s favor to His own in the most trying circumstances. Our behavior can glorify God and at the same time be a testimony to the world.

Potiphar, who had committed his entire household to Joseph, was not the only person watching him. Potiphar’s wife was watching Joseph too (Gen. 39:7), wanting to act wickedly with him. He was handsome in form and appearance and she was relentless in her advances (Gen. 39:6-16). But Joseph was faithful to God and purposed to keep himself pure. He refused the desires of his master’s wife and fled from the house after she had set him up (Gen. 38:12). It is a good thing to put a distance between us and sin! Although he was faithful not to sin against God and disrespect Potiphar, God was acting behind the scenes to deliver Joseph to the prison. It is important to note that God does not cause Potiphar’s wife to sin. Rather He allows her immoral behavior to land Joseph in prison. Joseph may have been waiting on God to return him to his family in Canaan, but God had other plans: He wanted Joseph to meet a butler. Let us encourage ourselves in the Lord that even in the most distressing circumstance God is acting on our behalf. Notice that Joseph wasn’t complaining.

The Prison
Joseph, like our blessed Lord Jesus Christ, suffered for the sake of righteousness when he wound up in prison – the place where God wanted him. He was in the prison where the king’s prisoners were confined. Be reminded that we don’t find Joseph complaining. Had he learned a lesson from the pit or from the episode at Potiphar’s house? Our experiences with the Lord ought to teach us to trust Him.

Joseph seemed to be a happy servant. God’s favor was upon him and his administrative skills were impeccable [faultless]. The keeper of the prison noticed and put Joseph in charge (Gen. 39:21-23). Joseph’s life teaches us that even in the midst of horrible circumstances we can use our God-given abilities and talents to glorify Him. His attitude serves us as an example when he asked the butler and the baker why they were sad (Gen. 40:7).

Joseph, who had reason to be sad, was cheerful. We are encouraged to rejoice in the Lord without consideration for our circumstances (Phil. 4:4). Our circumstances could be awful, but we can rejoice in the Lord’s love, mercy, kindness, goodness and grace! Finally, Joseph interpreted the dreams of his fellow prisoners and asked the chief butler to remember him (Gen. 40:14-15). We see a small regression with Joseph as he pled his case and looked to Pharaoh for deliverance. Perhaps we would have done the same thing.

The Palace
Joseph’s life goes beyond the scope of this article, but for our purposes we end this study in chapter 41 where Pharaoh had a troubling dream that his magicians could not interpret. This situation led the chief butler to “remember” Joseph. Having been called from the prison Joseph interpreted the dream after first honoring God by stating, “It is not me; God will give Pharaoh an answer of peace” (Gen. 41:16). That same day Pharaoh elevated Joseph to the rank of governor of Egypt. Joseph then wisely stored up the grain during the seven years of plenty. Perhaps now Joseph could see that God was acting on his behalf from the very beginning. Was it here that Joseph recognized that God was acting in his life so that he could be the one to save lives in the end?

There is a lesson in the naming of his sons: Manasseh (making forgetful) and Ephraim (fruitfulness). While remembering his family, he forgot some of the pain his brothers caused him. And yes, God did allow him to deal with them. But Joseph saw the big picture. He was in fact fruitful in the land of his affliction. God acted on his behalf and the world benefited.

Conclusion
We clearly see God’s acting on Joseph’s behalf as he was taken from one situation to another. The pit led to Potiphar’s house. Potiphar’s house led to the prison. The prison led to the palace. All the time God was acting to accomplish His perfect will. Joseph saw that at the end when he was talking to his brothers and made that wonderful statement, “But now, do not therefore be grieved or angry with yourselves because you sold me here; for God sent me before you to preserve life” (Gen. 45:5).

The question for us is, “When do we see that God is acting in our lives?” It may be clear at the end of the journey that the Lord ordered every circumstance and situation for His purposes, but can we see and understand along the way that God is acting? If we do we won’t complain as much – and we may even rejoice in what the Lord is doing for His glory and our gain. Our blessed Lord and Savior, Jesus Christ, is our perfect example. He said in the garden, “Father, if it is Your will, take this cup away from Me; nevertheless not My will, but Yours, be done” (Lk. 22:42). Do we want God to act and accomplish His perfect will in our lives? He did with Joseph!