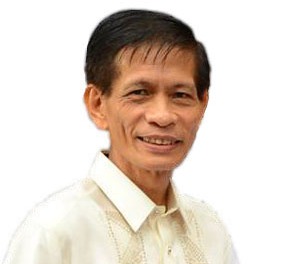 The Revelation Of Jesus Christ

A.   Intro to Book of Revelation (Pre-, Mid-, Post Tribulation)

1.   The Book of Revelation primarily concerns the Second Coming of Christ. His second coming will be to judge the world, unlike the first time when He came to die for mankind’s sin.

a.   Several hundred years before the Lord’s First Coming, He communicated through and angelic messenger to the prophet Daniel, essential information about the endtimes.

b.   In the New Testament, in the Olivet Discourse, Jesus taught His disciples more truth about the sequence of events that would lead to the endtimes and His return.

c.   Fifty years after, the teaching of the Olivet Discourse, the Lord Jesus, through an angelic messenger, revealed endtime truth to the apostle John, information vital for the understanding of the last days. So we see that the prophetic truths revealed by the Lord Jesus in the book of Daniel, the Olivet Discourse and the Revelation when integrated give a more complete view of the endtimes.

2.   “Classic premillennialism.” God’s plan of salvation is a series of dispensations or stages centering on His election of Israel to be his covenant people. The Church Age is a parenthesis in His plan.

a.   Because the Jews rejected the Lord Jesus as the God sent Messiah and King, blindness in part is happened to Israel the Lord turned to the Gentiles until the fulness of the Gentiles be come in. (Rom. 11: 25-32) With the fall of the Jews, salvation is now come unto the Gentiles to provoke the Jews to jealousy. (Rom. 11:11) The Lord said through Moses, “I will provoke you to jealousy by them that are no people, and by a foolish nation I will anger you.” (Rom. 10:19) After the fullness of the Gentiles has come in, there will be a Jewish national revival when the Lord will give them a new spirit and a new heart. (Eze 11:19  And I will give them one heart, and I will put a new spirit within you; and I will take the stony heart out of their flesh, and will give them an heart of flesh.)

b.   At the end of that period, the church will be raptured, inaugurating a seven-year tribulation period in the middle of which the antichrist will make himself known (Rev. 13) and instigate the “great tribulation” … The seven years is taken out of the Book of Daniels’ 70 Weeks prophecy (Daniel 9:24-27), where the last week or the 70th week (representing 7 years) will take place after the rapture of the church. This teaching says that during these seven years of tribulation, 144,000 Jews will bring Gods’ Word to the unsaved and many will be saved. At the end of that period …Christ returns in judgment, followed by a literal millennium (Rev. 20:1-10), great white throne judgment (Rev. 20:11-15), and the beginning of eternity.

e.   Mid-tribulation believers believe that the rapture will happen half-way through the seven-year tribulation or more accurately at 3 ½ years into the tribulation. This view may come from the interpretation given in Daniel 7:25 (time, times, and half a time). The theory is, Christians will be removed from the earth when the antichrist defiles the temple. Christ will then return again at the end of three and a half years to defeat his enemies.

f.    Post-tribulation believers believe the return of Jesus will be a public single event and the church will go through the great tribulation. The rapture will happen at the end of the seventh year or Daniels’ 70th week. Then Jesus will return immediately to fight His enemies.

1)   Premillennialism is the view that says the 1,000 years is a literal time period. Christ’s second coming will begin the millennium before the final removal of Satan.

2)   Amillennialism, meaning “no millennium,” understands the 1,000-year period to be symbolic; thus, the millennium is the reign of Christ in the hearts of believers, and,

3)   Postmillennialismbelieves in a period of peace on earth that is led in by the church. At the end of this time, Satan will be released, but Christ will return to defeat Satan and reign forever.

h.   Scripturally, the pretribulational view has much to commend it.

1)   The church is not appointed to wrath (1 Thessalonians 1:10[1]; 5:9[2]), and believers will not be overtaken by the Day of the Lord (1 Thessalonians 5:1-9). The church of Philadelphia was promised to be kept from “the hour of trial that is going to come upon the whole world” (Revelation 3:10)[3]. Note that the promise is not preservation through the trial but deliverance from the hour, that is, from the time period of the trial.

2)   The Lord’s saving character. The most in keeping with the Lord’s character and His desire to deliver the righteous from the judgment of the world. Biblical examples of God’s salvation:

3)   Word “ church.” The word “church” appears nineteen times in the first three chapters of Revelation, but, significantly, the word is not used again until chapter 22. In other words, in the entire lengthy description of the Tribulation in Revelation, the word church is noticeably absent. In fact, the Bible never uses the word “church” in a passage relating to the Tribulation.

4)   Distinction between Israel and the church. Pretribulationism (in contrast to mid- and post-tribulation) is the only theory which clearly maintains the distinction between Israel and the church and God’s separate plans for each. The seventy “sevens” of Daniel 9:24[4] are decreed upon Daniel’s people (the Jews) and Daniel’s holy city (Jerusalem). This prophecy makes it plain that the seventieth week (the Tribulation) is a time of purging and restoration for Israel and Jerusalem, not for the church.

5)   Key tenet of imminency of Christ’s return. Imminence, which is incompatible with the other two Rapture theories, is a key tenet of pretribulationism. (Mat 24:36  But of that day and hour knoweth no man, no, not the angels of heaven, but my Father only. Mat 24:42  Watch therefore: for ye know not what hour your Lord doth come. Mat 24:44  Therefore be ye also ready: for in such an hour as ye think not the Son of man cometh. 1Th 5:2  For yourselves know perfectly that the day of the Lord so cometh as a thief in the night.)

B.   Amidst the Debates. Many passionate debates have risen because of the different interpretations.

1.   Real Issue. I feel many are missing the point. Instead, we should be asking ourselves if Jesus were to suddenly appear, will we be the ones to go with Him? Are we true followers of Jesus? The real issue here is that we should all be prepared to go, now, at a last minute call (or trumpet) because we have persevered and are walking in faith. We should not put off God anymore or say “I’ll get it right one of these days. Then I’ll give up my sins (drugs, sexual immorality, alcohol, etc.).” We have to be ready today and we have to pray for others that are not ready.

2.   Rapture Event Will Occur. Thankfully, there is one thing we can all agree on and that is, the elect will be “caught up” for sure. It does not matter when or how the rapture of the church will happen but that it WILL happen, and I have to be prepared for whatever will happen, even if there is no pre-tribulation rapture.

4.   Watch and be ready. What we need to concentrate on is that Jesus is coming and He is coming to judge the world. Since we do not to know the day or the hour of Jesus’ coming, we shouldn’t try to decipher or “read more” into every word written in the bible and assume to know when or how the rapture will happen, instead we should be vigilant and ready for whatever the Lord has planned. (Mat 24:42  Watch therefore: for ye know not what hour your Lord doth come. Mat 24:44  Therefore be ye also ready: for in such an hour as ye think not the Son of man cometh.)

By Rev. Archbishop Mario I. Quitoriano

[1] 1Th 1:10 And to wait for his Son from heaven, whom he raised from the dead, even Jesus, which delivered us from the wrath to come.
[2] 1Th 5:9 For God hath not appointed us to wrath, but to obtain salvation by our Lord Jesus Christ. [3] Rev 3:10 Because thou hast kept the word of my patience, I also will keep thee from the hour of temptation, which shall come upon all the world, to try them that dwell upon the earth. [4] Dan 9:24 Seventy weeks are determined upon thy people and upon thy holy city, to finish the transgression, and to make an end of sins, and to make reconciliation for iniquity, and to bring in everlasting righteousness, and to seal up the vision and prophecy, and to anoint the most Holy.