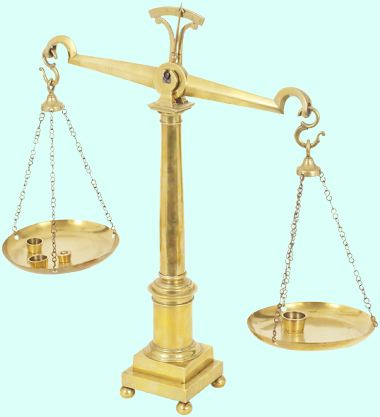 People are instinctively religious; they know that there is such a thing as “right and wrong.” However, unsaved people almost always judge themselves to be “pretty good.” Indeed, almost all convicts claim that they are innocent! I know this from personal experience; I’ve worked for years in a prison ministry. Contrary to what people might suppose, when God left man to his own ways, “All the people on earth ... corrupted their ways” (Gen. 6:12 NIV). Confronted by their wrong-doing, people often think that they would not have done wrong if they had known it was wrong. They say, “If I’d realized what I should have done I would have done it.” This, in effect, is what the Israelites said when they were given the Law: “Everything the Lord has said we will do” (Ex. 24:3). Its requirements all seemed so reasonable, but they could not do it! Thus it is an observed fact that “no one is justified before God by the Law” (Gal. 3:10-11).

But what about the Old Testament saints? It is well to note that they were not justified by keeping the Law for “by observing the Law no one will be justified”(Gal. 2:16). They were saved “by grace … through faith” (Eph. 2:8; Heb. 11:2-39). Similarly, no one today is saved by law-keeping.

SALVATION: By Legality?
The Galatians, and many since then, have thought that they could attain salvation by observing the Law: “Are you now trying to attain your goal by human effort?” (Gal. 3:2-3). But the Epistle to the Galatians refutes the idea that men can be saved by “keeping the Ten Commandments,” as so many say. It further refutes any idea that we are required to observe them to keep our salvation, warning us rather to “stand firm, then, do not let yourselves be burdened again by a yoke of slavery” (Gal. 5:1). Legality is the wrong approach.

To speak of “giving up things” is to put the cart before the horse. It is after salvation, as we gain spiritual maturity, that we are able to discern those “things that are excellent and profitable for everyone.” The spiritually mature will “be careful to devote themselves to doing what is good” (Ti. 3:8). They will not think they are giving up anything. One who thinks he or she became saved by “giving up” things will become a self-righteous legalist very quickly.1

SALVATION: By Faith!
The scriptural approach to salvation is by grace through faith. “He saved us, not because of the righteous things we had done, but because of His mercy … so that having been justified by His grace, we might become heirs … of eternal life” (Ti. 3:5-7).

Where then do good works come in? We are told, “You have been saved through faith … not by works so that no one can boast. For we are God’s workmanship, created in Christ Jesus to do good works” (Eph. 2:8-10). The Apostle reasons with the legalistic Galatians saying, “The Son of God … loved me and gave Himself for me … If righteousness could be gained through the Law, Christ died for nothing” (Gal. 2:20-21). Clearly, salvation is through faith.

GODLY LIVING: By Legality?
On the surface, legality appears to be an excellent route to godly living; that may be why it attracted the Jews, the Galatian Christians, and the Colossian Christians. The Colossians had submitted to “rules: ‘Do not handle! Do not taste! Do not touch!’ … based on human commands and teachings. Such regulations indeed have an appearance of wisdom … but they lack any value in restraining sensual indulgence” (Col. 2:20-23).

Christians can seek to impose a legalistic lifestyle on others; the apostle Peter did (Gal. 2:14), and many respected Christians are also trying today! How do they operate? To get us to conform to their way of thinking, they make us feel guilty for doing things that are not sinful! For example, once I heard a young Christian ask, “What’s wrong with going to a football game?” A legalistic Christian quickly responded, “If you ask that question, you already know the answer in your heart.” Such twisting is amazingly successful! Our example should be the Lord Jesus, who, because He ate with them, was accused by the Pharisees of being “a friend of tax collectors and sinners” – in other words, a poor testimony! (Mt. 11:19).

Such people seem opposed to our enjoying any pleasure, apparently unaware that in heaven God “will fill (us) … with eternal pleasures” (Ps. 16:11). Paul gives us an effective scriptural response to such legality! He says, “Everything is permissible to me,” but he then shows that he does not include sin by saying, “Honor God with your body” (1 Cor. 6:12, 20).

Another way legalists impose their ideas on others is by misapplying the biblical teaching against “worldliness.” As one highly respected Bible interpreter explained, “We are not to suppose that loving the world is merely a taste for show and pleasure, music or dance, hunting, shooting, horse racing, etc.” 2 It is an illusion to think that by labeling these things worldly we become godly!

Legalists are often unaware of how destructive legalism is. It drives people away from true Christianity. The Galatians had to be warned: “Watch out or you will be destroyed by each other” (Gal. 5:15). Another destructive effect of legalism is that it produces self-righteousness. How can a self-righteous person “restore” another person “in a spirit of meekness” (Gal. 6:1 JND) as the Galatians were taught to do?

GODLY LIVING: By Grace!
As part of true godly living, the legalistic Galatians were told “to do good to all people, especially to those who belong to the family of believers” (Gal. 6:10NIV). We are told that if we show concern for others, “God is able to make all grace abound to you, so that … you will abound in every good work … (and men’s) hearts will go out to you because of the surpassing grace God has given you” (2 Cor. 9:8,14). Grace, not legalism, is the true Christian testimony!

Living by grace, we will “be careful” that, while “legally” free to do so, “the exercise of freedom does not become a stumbling block to the weak” (1 Cor. 8:9). Also, we will avoid the temptation to use the important biblical teaching about “stumbling” (“offending” KJV) to impose our conscience on others.3Then, if our desire is real godliness and we are somehow “taken in some fault,” we will welcome the help of those “who are spiritual” and are attempting to “restore” us. Likewise, if our desire is to promote real godliness in others, we will seek to restore them graciously, showing in our approach that we are aware of our own weakness (Gal. 6:1). If we realize our own weakness, we can better act with grace instead of exhibiting self-righteousness!

CONCLUSION
Our approach to godliness needs to be one that emphasizes the “dos” rather than the “don’ts,” for “we are not trying to please men but God” (1 Th. 2:4), and the “don’ts” are often things “not done” merely to please men. As we have seen there are two approaches – legality and grace. These approaches, or ministries, have been contrasted as follows: “A ministry of grace … results in spiritual maturity. It is occupied with Christ … and the Church. Our concern becomes His glory and the welfare of His people. A ministry of law (or legality) keeps us in a state of spiritual infancy … Our chief concern becomes outward conformity, which is most satisfying to the flesh … but any degree of conformity to any code whatever is far short of God’s standard for holiness, for the heart is never reached.” 4

Thus, we see that salvation, and the accompanying potential for a godly life, are brought about by a ministry of grace, not a ministry of legality.

END NOTES
1. Some believers have said, “It was a long time before I felt worthy to break bread.” Unfortunately, what often makes a Christian “feel worthy” is conforming to the group by “giving up” things that are not in themselves sinful.
2. William Kelly, An Exposition of the Epistles of John the Apostle, p. 137, 1905, reprint 1970, Believers Bookshelf, Sunbury, PA, USA 17801.
3. In the Bible, the word skandalon means “to stumble.” It does not mean “to offend”(KJV) in the sense of the current meaning of “offend.” For a mature Christian to say to a young believer, “That offends me” in order to impose his conscience is a misuse of Scripture.
4. Byron E. Crosby, “This Grace Wherein We Stand”; Words of Truth, vol. 49, no. 1, Jan-Feb. 2006, p. 13.