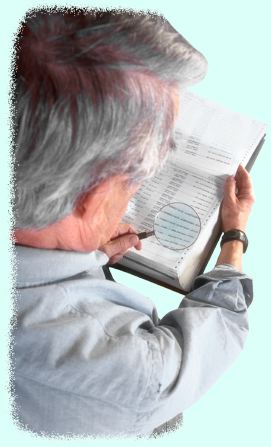 The Galatian epistle exposes the most popular substitute for spiritual living in the Church today – legalism. This epistle is a declaration of emancipation from legalism of any type. Millions of Christians think they are spiritual because of what they do not do, or because of the leader they follow, or because of the group they belong to. The Holy Spirit shows us in Galatians how wrong they are and how right they could be if only they would let Him take over. When the Spirit leads there is liberty not bondage, cooperation not competition, glory to God not praise to man. When this takes place, there is revival; sinners come to the saving knowledge of Christ, and the world sees true Christianity. Galatians is Paul’s fighting epistle; he has no tolerance for legalism. It is the strongest defense of the doctrine of justification by faith in Scripture. It is God’s argument on behalf of the most vital truth of the Christian faith. Not only is a sinner saved by grace through faith, but the saved sinner lives by grace, and is taught by grace. Grace is the way to life and the way of life.

The gospel of salvation through faith in Christ is the most important message in the world. It changed Paul’s life and, through him, the lives of others. But it was being attacked by false teachers who had invaded the Galatian church and were teaching a mixture of Law and grace.

Purpose Of Galatians
Judaizing teachers were perverting the gospel of grace, teaching that simple faith in Christ was not sufficient for salvation, and that Christians had to observe the Mosaic Law. Circumcision was especially emphasized (5:3; 6:12). To establish themselves, these false teachers undermined Paul’s apostleship and attacked his authority.

The purpose of Galatians is the defense of the gospel of grace which had been revealed to Paul by Christ. To do this successfully, he first defended his apostolic authority. Then he fully exposed the evil teachings which deceived them, and showed them the perniciousness of the doctrine they had listened to. Christ’s work on the cross was at stake, so Paul wrote: “If righteousness comes through the Law, then Christ died in vain” (Gal. 2:21 NKJV).

Its Relevance Today
It has been stated that Galatians is about a controversy in the first century Church which is of no interest to us today. Who in the 21st century would think of submitting to circumcision to be saved? Who would keep the ordinances of the Law and Jewish holidays to obtain righteousness? So this epistle is looked upon by many as having little value for our times. But the opposite is true. This epistle has great practical value because the perverted gospel of legalism which it so severely condemns is almost universally preached today.

Ritual religion had its beginning with Judaizing teachers who mixed Law and grace and taught that ordinances were necessary for salvation. The all-sufficiency of Christ’s work is no longer believed and Christ Himself is dishonored. Ritualistic religion is the great powerful Galatian system, “the mother of harlots and the abominations of the earth” (Rev. 17:5).

Grace Defended – Galatians 1-2
In chapter 1 Paul reviewed his own experience with Christ and the message of the gospel. After asserting that his authority came directly from the Lord (1:1), he expressed his anxiety that the Galatian believers were so quick to move to a perverted gospel of the Judaizers (1:6-7). In chapter 2 he described them as those who “came by stealth to spy out our liberty which we have in Christ Jesus, that they might bring us into bondage” (2:4).

The rest of chapter 2 contains strong doctrinal teaching about justification by faith and our co-crucifixion with Christ (2:16,20). Justification is the act of God which declares the believing sinner righteous in Christ. In verse 16 the expression “the works of the Law” which cannot justify is repeated three times, and the expression “faith in Christ” that justifies is also repeated three times. There are three co-crucifixion acts in this epistle. The first is the believer’s co-crucifixion with Christ (2:20). The second is the crucifixion of “the flesh with its passions and desires” (5:24). The third is the crucifixion of the world to the believer and the believer to the world (6:14).

Grace Explained – Galatians 3-4
In chapter 3 Paul addressed what the Law could not do and what grace has done for the believer. First, the Law does not give the Spirit. The gift of the Spirit is not by the works of the Law, but by “the hearing of faith” (3:1-5). The Galatians received the Spirit by faith. Second, the Law can’t give righteousness. Righteousness is bestowed by faith (3:6-9). Third, the Law can’t give life. “For if there had been a law given which could give life, truly righteousness should have been by the Law” (3:21). Fourth, the Law gives the sinner nothing but the curse (3:10-14). Christ has redeemed us from the curse by being made a curse for us, for it is written, “Cursed is everyone that hangs on a tree” (3:13).

In chapter 4 Paul took three approaches to convince the Galatians that they did not need legalism to live the Christian life. All they needed was Jesus Christ.

First, he explained their adoption as sons (4:1-7). There are three differences between regeneration (new birth) and adoption:

Second, he lamented their regression (4:8-11). The following took place when the Galatians turned from grace to Law:

Third, Paul sought their affection (4:12-18). He was a wonderful spiritual father who knew just how to balance rebuke with love. He turned from “spanking” to “embracing” as he reminded the Galatians of their love for him and his love for them. Once they were willing to sacrifice anything for him; but now he had become their enemy (4:16). The Judaizers had stolen their hearts.

Grace Applied – Galatians 5-6
The Christian who lives by faith is going to experience the inner discipline of God which is far better than the outer discipline of man-made rules. The Christian who lives by faith and depends on God’s grace enjoys “the liberty by which Christ has made us free” (5:1). The believer possesses true liberty in Christ (5:13) – not to sin, but to walk and serve God in holiness. It is the liberty of the new nature which gives power over sin. In contrast, the legalist is living in bondage, depending on the flesh, living for self, and seeking the praise of men and not the glory of God. Legalism is a dangerous doctrine because it attempts to do the impossible – change the old nature and make it obey. It may succeed for a short time, but then the flesh rebels.

Legalism is an insidious dangerous enemy. In chapter 5 Paul explains that the believer loses three things when he turns from God’s grace to man-made rules:

First, he loses his liberty (5:1) and becomes a slave wearing the yoke of bondage. In contrast, the Christian who depends on the grace of God wears the liberating yoke of Christ which is easy and frees him to do His will (Mt. 11:29).

Second, he loses his wealth (5:2-6). Paul uses four phrases to describe the wealth the Christian loses when he turns from grace to Law. The first is that “Christ will profit you nothing” (5:2). The second is that the legalist becomes “a debtor to do the whole Law” (5:3). The third is that the legalist becomes “estranged from Christ” (5:4). The fourth loss is the sad conclusion that “You have fallen from grace” (5:4). This is the only time this expression is used in the Bible. It does not mean loss of the believer’s security in Christ or his relationship as a child of God when he sins. To fall from grace means to give up the grace of the gospel in order to satisfy the requirements of the Law.

Third, he loses his direction (5:7-12). Paul told the Galatians, “You ran well” (5:7) until the Judaizers “cut in on them” and sent them on a “spiritual detour.” God had called them to run the race faithfully in the lane marked “grace.”

In the rest of chapter 5 Paul explains three works of the Spirit that enable us to enjoy our liberty in Christ.

First, the Spirit enables us to fulfill the law of love (5:13-15). Paul commands the Galatians: “Do not use liberty for an opportunity for the flesh, but through love serve one another” (5:13). Liberty plus love equals service to others. But liberty minus love equals slavery to sin.

Second, the Spirit enables us to overcome the flesh (5:16-21,24). Just as Isaac and Ishmael were unable to get along, so the Spirit and the flesh (the old nature) are at war with each other (5:17). The law cannot change or control the old nature; it must be crucified (5:24). In Scripture the only remedy for the flesh is death. He does not tell us to crucify ourselves, as this is impossible. But he tells us that the flesh has been crucified (5:24) and it is our responsibility to believe this and act upon it.

Third, the Spirit enables us to produce “the fruit of the Spirit” (5:22-23) – nine graces which represent nine divine (not human) attributes: love, joy, peace, longsuffering, kindness, goodness, faithfulness, gentleness and self-control. Concerning this fruit, three points need to be highlighted. First, the fruit is produced only in Spirit-filled believers. Paul says, “Walk in the Spirit, and you shall not fulfill the lust of the flesh” (5:16). Second, the passage refers to these nine graces as “fruit” not “fruits,” intimating that the nine qualities constitute one whole that should appear in every Christian life. Third, it is the fruit of the Spirit produced in the believer, not by the believer. The Christian bears the fruit the Spirit produces.

Chapter 6 encourages practical expressions of grace. First, any brother “overtaken in any trespass” (6:1) is to be treated in gentleness with the goal of restoration. Next a law is mentioned – not the Law of Moses, but the law of Christ. “Bear one another’s burdens and so fulfill the law of Christ” (6:2). In addition to bearing others’ burdens “each one shall bear his own load” (6:5). This refers to the judgment seat of Christ when each believer will give an account of himself (Rom. 14:12; 2 Cor. 5:10). Then sowing and reaping is emphasized; we reap what we sow. Sowing to the flesh reaps corruption, but sowing to the Spirit reaps eternal life (6:8). Next is an exhortation to continue “doing good, for in due season we shall reap” (6:9). Finally, we are exhorted to “do good to all, especially those who are of the household of faith” (6:10).

Paul ends his letter just as he began it – with grace: “The grace of our Lord Jesus Christ be with your spirit. Amen.” And that says it all.